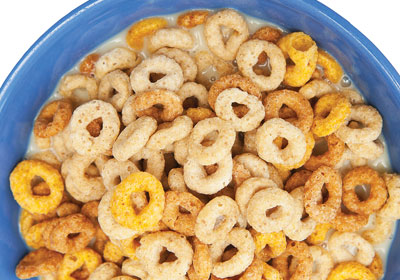 The Golden Valley–headquartered Fortune 500 predicted in February that its earnings per share in its current fiscal year would be a little lower than it first stated ($2.53 versus $2.61), due largely to higher input costs and weaker consumer demand. These have been challenges General Mills and other packaged-food companies have been facing lately.

Still, the company has proven to be dexterous during tough times, and open to new ideas (and not just to new flavors of Cheerios). It has been building markets for its brands overseas: about a quarter of its sales are now outside the U.S., with the Asia-Pacific region being particularly strong. What’s more (and this is a journalist speaking), CEO Ken Powell and his team have built a culture that doesn’t seal its lips around media.