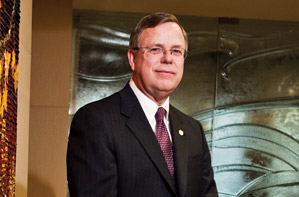 *TCB Readers in this Generation
• Help support seven or more (34 percent) charities annually or four (22 percent) charities annually
• Prefer to be contacted by charities through mail (42 percent) or e-mail (24 percent)
• First heard about their top charity through word of mouth (38 percent) or at work (20 percent)
• Have made charitable contributions in last two years by sending a check by mail (86 percent), at a fundraising event (78 percent), and via a Web site (50 percent)

Far in the future, after he retires, Fritze, 56, plans to swing a hammer on Habitat homes or go on international missions. For now, his donations help pave the way for others to do so. He also has big plans for his donor-advised fund, which he started with the The Saint Paul Foundation in 2002.

Fritze tends to give to causes addressing significant needs. But other times, relationships drive his giving; if a friend or co-worker is quite active with a charity, he and his wife, Susie, will donate to support that person. Friends often invite them to charity-related events, and they learn about organizations that way, too.

“We like to help out friends who are making a difference,” he says. “We both grew up in St. Paul and have lived in the Twin Cities . . . our whole lives, so we’re very connected to people here. There are so many folks out there trying to make a difference.”

The Fritzes rarely respond to direct mail requests or TV commercials trying to solicit donations, and they never give cold-callers the time of day. To Fritze, the most effective way to give back at this point in his life and career involves passing on his knowledge and business expertise to select organizations and sharing his wealth with charities that are doing good works.

*Statistics about giving habits among TCB readers came from a survey that 1,189 people completed online in December and January.