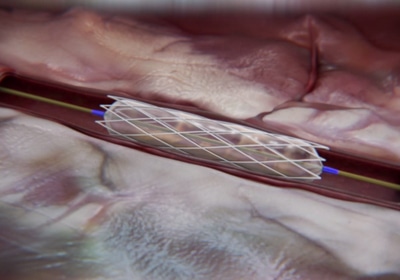 The medtech company has long struggled to escape from the red, but was able to do so due to considerable reductions in operating expenses.
February 05, 2017

Cardiovascular Systems’ revenues rose 21 percent to $50 million in the second quarter and reported a $1 million profit—its first so far this decade.

Analysts surveyed by Zacks Investment Research anticipated a loss of 6 cents per share. Instead, the company’s profitability during the three-month period ending December 31, 2016 was a positive 3 cents per share.

“Our cost realignment initiatives are driving us toward sustainable profitability,” CSI CEO Scott Ward said in a statement. “Our revenue gains demonstrate that we are continuing to make progress in the transformation of our sales organization that began last year.”

Sales grew considerably for CSI’s flagship Diamondback 360 device, which is used to sand down calcium and plaque build-up in a heart’s arteries. Coronary revenues, in all, grew 51 percent year-over-year, while revenues from its peripheral products increased 13 percent.

To continue the positive sales momentum, the company announced efforts last November to bring its Diamondback 360 device to a new market: Japan.

Home to the second-largest population (after the U.S.) of individuals requiring coronary interventions, Japan could be a crucial revenue stream for the company. Commercialization of the Diamondback 360 device is expected to commence in the first half of 2018, once it receives Shonin approval (similar to receiving FDA approval).

Just before the quarter ended, CSI also sold its headquarters to Minneapolis-based Krishna Holdings LLC for $22 million in cash. CSI will instead lease the facility for fifteen years for $1.6 million for the first year, followed by annual escalations of 3 percent.

In its third quarter, CSI anticipates revenue to range between $50.5 million to $51.5 million. It is also forecasting to fall back into the red with a net loss of $1.2 million to $1.8 million.

Win added that he expects the company to “achieve sustainable profitable growth in the future, though quarterly variations will occur due to timing of expenses and projects. Operating expenses benefited from that timing in second quarter; however, we are expecting an increase in the third quarter to a more normalized level.”