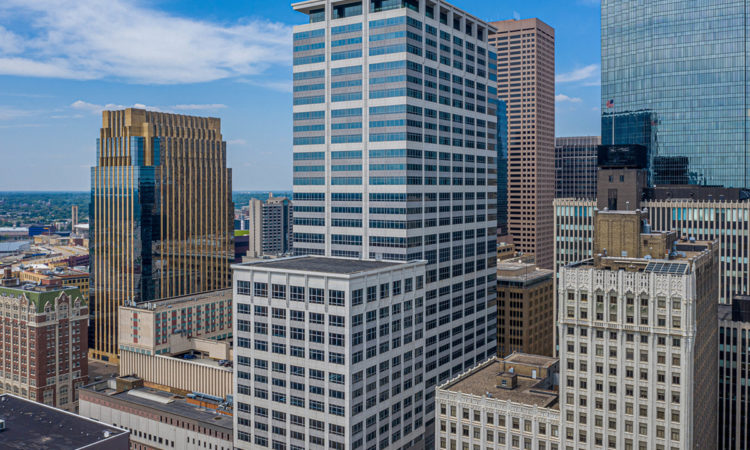 The firm is said to be eyeing suburban office space options.
By Burl Gilyard
October 06, 2020

Piper Sandler Cos. is mulling moving its headquarters out of downtown Minneapolis. Although Piper is not a Fortune 500 company, it would be a big loss for the central business district if it came to pass.

Piper Sandler, an investment bank and institutional securities firm, is based at 800 Nicollet Mall in U.S. Bancorp Center. The company, which traces its roots to 1895, moved to the building in 2000.

According to the company’s annual filing with the U.S. Securities and Exchange Commission, it leases approximately 124,000 square feet at the building. The lease does not expire until November 30, 2025, but there’s a catch: The company has an early termination option which would be effective January 31, 2022.

Steve Cramer, president and CEO of the Minneapolis Downtown Council, confirmed that Piper Sandler is looking at options.

“I don’t think it’s a secret that they have sought proposals for options to look at for their space needs,” said Cramer. “It’s also not a secret that a lot of folks, myself included, and elected officials and other downtown leaders are highly motivated to try to address their concerns so that Piper can continue its long-term tenancy in downtown Minneapolis.”

Cramer said that many companies are dealing with the dual issues of the Covid-19 pandemic and overall public safety in downtown Minneapolis. In late August downtown was hit with an impromptu round of vandalism and looting on the Nicollet Mall.

“What we’re hearing generally from many employers is that at this point it’s a combination of managing the pandemic and public health concerns and having a sufficient degree of confidence about the public safety situation so that companies can feel good about their workforce returning,” said Cramer.

A spokeswoman for Piper Sandler did not immediately respond to a request for comment.

Sometimes tenants explore potential moves as a strategy to stay right where they are after striking a better deal with the landlord.

Piper has 62 offices in 29 states, as well as locations in Washington D.C., London, Hong Kong and Aberdeen, Scotland. The company reported approximately 1,565 employees as of mid-February, but it’s not clear how many people work at the downtown Minneapolis location.

For 2019 Piper reported revenue of $834.6 million with a net profit of $111.7 million, both records. Investment banking accounted for roughly 75 percent of the company’s revenue.

Over the summer, Twin Cities Business reported that the Downtown Council was hearing reports that many downtown Minneapolis companies were considering moves to the suburbs, in part due to rhetoric about “defunding” the police.

But just last month downtown got some very welcome news. Shoreview-based Deluxe Corp. announced plans to move its headquarters into downtown Minneapolis with a lease for 94,000 square feet at 801 Marquette.

Piper once had its name on one of downtown’s tallest buildings. In 1985, Piper moved into the Piper Jaffray Tower at 222 South Ninth Street in Minneapolis. The property, later known as the Campbell Mithun Tower, has now been renamed Two22.