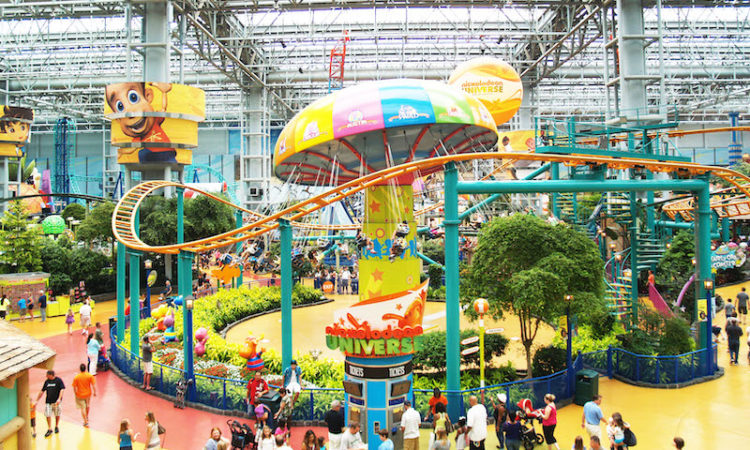 Why are Shopping Malls Still Open?

Shopping malls just may be the last major public gathering spot still open now that museums, theaters, zoos, casinos, and many churches have closed temporarily in an effort to stop the spread of COVID-19. Mall of America announced Monday that Nickelodeon Universe will close beginning Wednesday through the end of the month. And a number of retailers, including Apple, Anthropologie, Nike, Madewell, and Warby Parker have closed their stores nationwide. But so far, Mall of America—which boasts 40 million visitors annually—remains open. Mall events have been cancelled until further notice.“We are following the official guidance from state and local health officials and they have told us that closing the mall is not a recommended action at this time,” MOA posted on a COVID-19 update page on its website. “In locations where mass gatherings have been cancelled, officials have been careful to say the guidance does not apply to spaces where people are constantly moving, such as airports, shopping malls and centers, grocery stores or similar spaces.”MOA’s ownership, Triple Five Group, closed American Dream, their new property in New Jersey, which has been hit harder by coronavirus. Elsewhere around the country, from Water Tower Place in Chicago to The Grove in Los Angeles, many shopping centers remained open on Monday. That includes Twin Cities regional malls. Ridgedale, Rosedale, Southdale, Burnsville and Eden Prairie centers remain open as do Maplewood Mall and Galleria in Edina. Ridgedale, Rosedale and Galleria have reduced hours; and at every mall, select tenants are closed or, like Nordstrom and lululemon, have independently reduced their own hours.

“Our retail assets serve and support our communities as employment centers and points of purchase for necessary goods and services,” read a statement from Brookfield Properties, which owns Ridgedale Center. “Our revised operating schedule is intended to strike a balance between allowing our communities to receive the goods, services, employment and commerce they need, while also enabling our property and store teams to implement rigorous cleanings each evening, in addition to the focus, frequency and intensity of cleanings throughout the day.”Rosedale Center marketing director Sarah Fossen said the Roseville mall is in close communication with city government and will follow any issued recommendations. For now, they’ve increased the frequency of cleaning on surfaces frequently touched by people. Said Fossen, “The safety of our shoppers and employees is a top priority for our property.”

Update: At a late afternoon press conference, Gov. Tim Walz said all places of “public accommodation and amusement” must close by 5 p.m. Tuesday. That includes restaurants, bars, cafes, movie theaters, bowling alleys and gyms, but not malls. Asked why by a reporter, Walz touched on retail setting being places of constant motion rather than prolonged contact. He noted that further restrictions could be coming.