What Will It Take to Fix Minnesota’s Racial Economic Disparities?

Gary Cunningham spent years in the trenches working to build economic opportunity for African-Americans and other people of color in the Twin Cities.

Prior to that he served as vice president and chief program officer of the Northwest Area Foundation, president and CEO of the NorthPoint Health and Wellness Center in Minneapolis, and as a member of the Metropolitan Council. He was also a founder of the African American Leadership Forum. He is married to Betsy Hodges, who served as mayor of Minneapolis for one term from 2014 to 2017. Cunningham is a 1975 graduate of Central High School in south Minneapolis.

He left the Twin Cities last summer to become president and CEO of Washington D.C.-based Prosperity Now, a national financial empowerment organization for low- and moderate-income families in the U.S.

Given the protests, violence, and unrest following the death of George Floyd in the custody of Minneapolis Police, wide economic racial disparities in Minnesota are drawing new attention. Twin Cities Business talked to Cunningham knowing that he would not mince words.

Q: A lot of the businesses that are being burned, destroyed and damaged are minority or immigrant-owned businesses. What resources here are available to them?

A: It is a shame and it seems like Minneapolis is in the news for all the wrong reasons these days.

You’ve seen this over and over again. Over the years I’ve seen this. Something happens, one of these incidents, people get all excited and say, “We should do something” and then nothing happens structurally to change the conditions on the ground.

Everybody actually plays a role. I sat on a panel after the [4th] precinct occupation with some of the corporate leaders. [Mortenson chairman] David Mortenson was one of the chairs of that and U.S. Bank and Target [were involved]. Good, well-meaning discussions with the African-American community about what we could do to make investments and change the conditions.

One thing that did come out of it was an investment in the corner of Penn and Plymouth [in north Minneapolis], which was a major investment by Target specifically. And there are certain corporations that stepped up to the plate, but when you look at the sum total of all of those meetings, they didn’t add up to a lot.

These are well-meaning people that have good hearts and want to do the right thing. I am friends with all of them. But at the end of the day, if you’re going to keep doing the same thing you’re going to get the same result.

If you’re not willing to make any structural changes in the system, then you’re going to maintain what is. What is has got the city burning down.

Q: Many people take pride in saying Minneapolis is “liberal” or “progressive.” But study after study shows that economic racial disparities here are close to the worst in the U.S. Why is that?

A: I’ve spent a lot of my career working on that question.

I was on the Metropolitan Council. When I was chair of the community development committee, we commissioned a study in 2015 that showed these huge, gigantic disparities and that the causation of them remained unexplained…We did a regression analysis that kind of said, “OK, well what is the cause? Is it education? Is it language?” …When you end up with this large section of “unexplained” [data] that’s usually is because it’s race-based. Meaning unexplained in statistics, meaning “There’s a racial component here.”

I’ve had some of my good white friends that are policy advocates say, “Well, it’s because we’re Lake Wobegon.” That white people in Minnesota are better than average and so you have this huge disparity because white people are doing so much better.

A: That is a real theory. I actually don’t subscribe to the Lake Wobegon theory in part because that means there’s something different about blacks in Minnesota than everywhere else in the country, as well as for other people of color. And these are liberals saying this.

I also think the framing of how we fix the problem isn’t the right framing…We need equity and we need access to opportunity, for sure, for people of color. White people don’t see themselves in an equity frame. In fact, many of the same liberals say, “Well hey, if I’ve got to give something up for you that means that’s going to be less for me.” And oh by the way, “I didn’t enslave anybody. I didn’t create the situation. Why should my kids have to suffer in education or why do I have to give up something for these other folks?” That’s the underlying dynamic of the zero-sum thinking about this.

Q: We have a lot of Fortune 500 companies here. There doesn’t seem to be much diversity in the executive ranks. What should the business community be doing?

A: Actually, you’d be surprised. There is more [diversity] than you think. I learned that myself, I had that impression as well. My board at MEDA was made up of most of the Fortune 500 – Target, General Mills, Best Buy, go down the list.

When I would walk in those corporate suites, you’ll see people of color in top roles. The city and the county have less people in top echelon positions than many of our corporate leaders, in part because they’re working internationally.

There is some commitment there to do the right thing and to change the structure and the trajectory of how things have happened. Part of the struggle is that when you bring those skill sets that you have in corporate [culture] to community and you think you’re going to apply it to blacks or others, it just doesn’t work.

How do we change the system so that people actually have real opportunity to grow and prosper? How do make investments in these communities that have been under-invested?

I think the corporate community is actually waking up. I do think there’s hope.

Everybody has to own the problem.

Minnesota Jobless Rate Down to 7.7 Percent 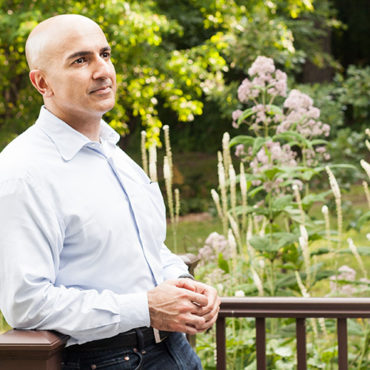 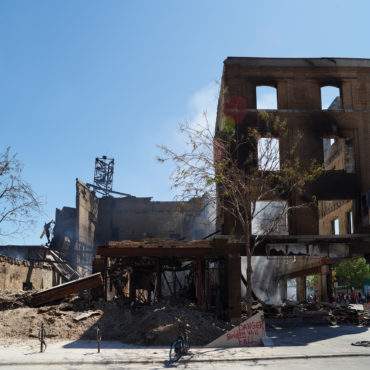