The stock surge came after Debtwire news service reported that private equity firm Cerberus Capital Management is trying to arrange $4 billion to $5 billion in debt financing to back a bid.
November 01, 2012

Shares of Supervalu, Inc., shot up more than 40 percent Monday following reports that a private equity firm is working on a takeover bid for the struggling supermarket chain.

Citing three unnamed sources familiar with the matter, Reuters said mid-day Monday that New York-based Cerberus Capital Management is preparing a takeover bid. Before that, Debtwire news service, also citing unnamed sources, reported that Cerberus is in discussions with banks in an attempt to arrange $4 billion to $5 billion in debt financing to back a bid.

Supervalu shares closed up 44.7 percent at $3.17 on Monday after steadily climbing throughout the afternoon. According to Bloomberg, that increase represents the biggest gain since at least 1980. By contrast, shares closed at $2.19 on Friday and reached a low this month of $1.80 on October 11. Mid-afternoon on Tuesday, shares were trading at $2.88.

One other factor that could be contributing to the stock surge: On Monday, a debt analyst at J.P. Morgan upgraded Supervalu bonds from “underweight” to “neutral,” citing a 50 percent change of a leveraged buyout.

Eden Prairie-based Supervalu announced in July that it was reviewing “strategic alternatives”—including a possible sale of all or parts of the company.

The company declined to comment on the reports about Cerberus, but spokesman Mike Siemienas said Monday: “The company has received a number of indications of interest and is in active dialogue with several parties.”

He also repeated a cautionary clause that Supervalu has previously stated—that there can be no assurance that this process will result in a deal.

Cerberus doesn’t appear to be the only company considering a bid. Citing unnamed sources with the knowledge of the matter, Bloomberg reported in early October that Supervalu has attracted interest from billionaire Ronald Burkle and buyout firms KKR & Company and TPG Capital; all three are reportedly looking at buying parts of Supervalu rather than the company as a whole.

Reuters reported Monday that two of its unnamed sources said that Cerberus is believed to be the only party that’s looking at Supervalu as a whole. They reportedly added that Supervalu’s management team prefers to sell the company outright rather than break it into different parts.

According to Debtwire, the financing package under consideration includes an equity check of between $800 million and $900 million, and the rest of the sum coming from debt.

Supervalu is among Minnesota’s five largest public companies based on revenue. It serves customers through a network of approximately 4,400 stores and has about 125,000 employees. The company reported a net loss of $1 billion on net sales of $36.1 billion in its most recently completed fiscal year. 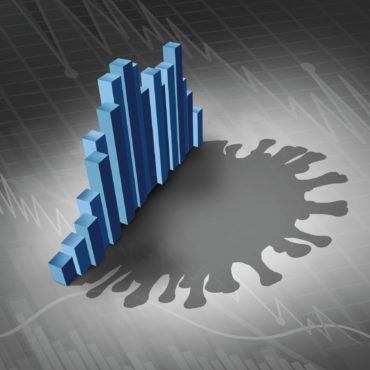