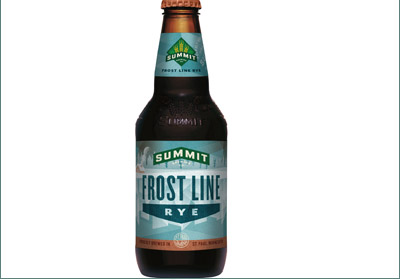 The recent proliferation of craft breweries hasn’t gone unnoticed by Summit Brewing Company, the granddaddy of Minnesota craft brewers. But founder and president Mark Stutrud isn’t concerned from a competitive standpoint. “What I do worry about is the quality that comes out of small breweries in general,” he says. “Back in the mid-’90s there were a lot of little breweries that were putting some pretty substandard beers out on the marketplace.

“The crazy thing about this craft beer segment is that it’s really loud for its size,” continues Stutrud. Because it only represents about 6.5 percent of total beer consumption, he says, any growth in the segment would come at the expense of the national brands.

Summit has been competing against national brands since its inception 27 years ago. The first year, it was forced to self-distribute. At that time, says Stutrud, “we weren’t extreme brewers; we were damn deviants. The beer wholesalers wouldn’t touch us with a 10-foot pole.”

Today, Summit reaches bars, restaurants and liquor stores through a network of 75 distributors, 20 of which are in Minnesota. “These distributors carry national brands, imports, other crafts, so the competition is pretty dynamic before the beer even hits the shelf,” says Stutrud. Which is why Summit devotes 20 of its 61 full-time staffers to sales and marketing.

Spurred by sales growth, the last year marked big changes for Summit. “For the past 10 years we’ve been cash-flowing a minimum of $1.5 million in capital expenditures to increase our capacity incrementally,” he says. In 2012-13, instead of continuing to grow incrementally, the brewery spent $7 million on an addition that doubled its annual production capacity from 120,000 barrels to 240,000. It then purchased adjacent property and built a canning line. The first canned beer is slated to hit shelves in April.

With Summit currently accounting for 2.6 percent of all beer sold in Minnesota, he says, “why not go for 5 or 6 percent?”