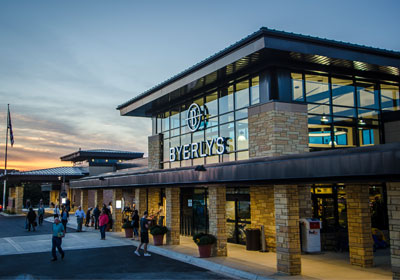 Upscale grocers will now be under single combined name.
By Aaron Keller
May 07, 2015

The new name and signage will be unveiled Thursday morning at the company’s Woodbury store location, a former Rainbow store that Edina-based Lund Food Holdings Inc. acquired when Milwaukee-based Roundy’s Inc. pulled out of the Twin Cities grocery market in May 2014. The store, which has operated under the Byerly’s banner, is just wrapping up a major renovation.

The company currently has 27 locations: 13 Lunds stores, 13 Byerly’s stores, and the Lunds & Byerlys Kitchen in Wayzata. The only location outside of the Twin Cities metro is a Byerly’s store in St. Cloud. All stores will have the new signage by the end of May.

Lunds traces its history back to 1939. Byerly’s opened its first store in Golden Valley in 1968. Lunds purchased Byerly’s in 1997, but the two stores have continued to operate under separate names. The privately held Lund Food Holdings does not disclose its revenue.

“After growing together for 75 years, it’s time to combine our two great store brands under one unified name,” said Tres Lund, president and CEO of Lund Food Holdings, Inc., and grandson of founder, Russell T. Lund, in a statement.

Local copy editors will need to take note: With the new name, there is no longer an apostrophe in Byerlys.