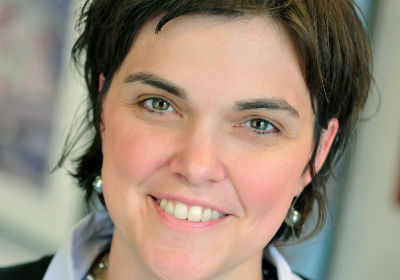 Jennifer Ford Reedy, who currently serves as chief of staff and vice president of strategy for Minnesota Philanthropy Partners, will assume the new position on September 4.
August 10, 2012

The Bush Foundation announced Monday that Jennifer Ford Reedy has been selected as the St. Paul-based organization’s next president.

Prior to joining Minnesota Philanthropy Partners, Reedy directed the Itasca Project, a conglomeration of Minnesota CEOs, public-sector officials, and leaders from area foundations who are focused on improving the Twin Cities economy and quality of life.

Reedy will assume her new role at The Bush Foundation on September 4. She told Twin Cities Business on Monday that Minnesota Philanthropy Partners’ leadership is “immediately dividing my operating responsibilities among the vice presidents on the management team and then will work on a long-term solution.”

Reedy will be the fourth president to lead the 59-year-old Bush Foundation. Peter Hutchinson, who had served as president of the foundation since 2008, stepped down in January, and former University of Minnesota President Robert Bruininks was subsequently named the foundation’s interim leader.

“Over the past several months we have had a very thorough and thoughtful national search process and have taken the time necessary to find the best possible candidate,” Bush Foundation Chair Jan Malcolm said in a statement. “My board colleagues and I were delighted to find in Jennifer Ford Reedy the experience, skills, and vision that we believe are just the right formula to lead the foundation.”

The Bush Foundation provides funding to many types of organizations, including units of government, for-profit companies, tribal nations, and nonprofits. It is the fourth-largest private foundation in Minnesota based on total grants paid in 2010, which totaled $23.1 million.

“The Bush Foundation has had tremendous impact in the communities it has served for nearly 60 years,” Reedy said in a statement. “I’m thrilled to join in that work and look forward to leading the foundation toward even more significant community impact in the coming years.”