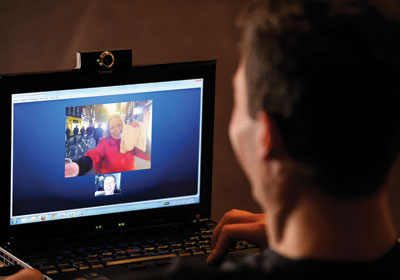 After a whirlwind year of Skype news, expect to see it used more around the office. The video-calling pioneer boasts some 600 million estimated users, but still relatively few enterprise adopters. That appears ready to change. Skype has continued to upgrade its enterprise offering, adding group video calling as a feature. The company made headlines by partnering with Facebook and Comcast to integrate its service into social media homepages and cable boxes. It also launched new apps for iPads, iPhones, and Android devices. More significant on the enterprise front was its March announcement that it is integrating with Citrix’s GoToMeeting product. The biggest news, however, came in May when Skype was acquired by Microsoft for $8.5 billion. Recent financial fillings contain several mentions of growing its enterprise business. Forrester’s Ted Schadler expects enterprise to give Skype new consideration: “With a Microsoft-sanctioned solution, IT could sign off on the practice.”

Livescribe’s Echo is a combination ballpoint pen and voice recorder that allows you to transfer all of your handwritten notes and recordings to a computer. An infrared camera in the tip of the pen records your every stroke, while a microphone in the barrel records sound. When plugged into a computer, Livescribe’s software reanimates your notes in a “pencast,” synchronized with the audio recording. But more simply, tapping the pen on your written notes will automatically jump the audio playback to that section of the recording. A firmware update last summer enabled easy uploading to Evernote, Facebook, and Google Docs. The updated version is slimmer but still feels like a fat marker in your hand. One catch: The note-taking function works only when using Livescribe’s proprietary, offwhite dot paper, which starts at about $8 per notebook. The pens aren’t cheap either, ranging from $100 for the 2GB model to $200 for 8GB. Recommended for anyone who spends a lot of time typing up handwritten notes. What does this have do to with videoconferencing? Livescribe integrates with Skype, allowing users to share ideas on a collaborative whiteboard during a call.

Vokle is a video platform that lets users broadcast live, townhall-style meetings over the Internet. What separates it from competitors such as Ustream or Justin.tv is that the audience can submit text or video questions to the presenter, who can choose to display and respond to the clips and questions during the live event. The service became more compelling in July when Vokle added the ability to record and repost the video events. We could envision companies with multiple sites using the service for companywide meetings or customer events. The three-year-old company is still in start-up mode, so the service might not be proven enough for most enterprises. But it seems promising enough to merit playing with.