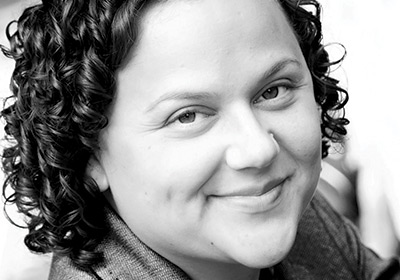 Trista Harris became president of the Minnesota Council on Foundations in July. We discuss the changing role of nonprofits in the state.

I grew up in south Minneapolis, went to college in Washington, D.C., to get out of the cold and thought I would never ever come back. But I missed the quality of life. You don’t know how good it is until you leave. In D.C. our neighbors filled a pot hole with a mattress because they knew no one was ever going to fix it and it was ruining everybody’s cars. I thought, ‘That would never ever happen in Minnesota, things would never get so bad.’ But that was commonplace in D.C., there was no expectation that the government was there to support you or that there was a community that everyone was responsible for. I missed that terribly.

Do you think we still have that?

I think we are losing it, but I think we can get it back. It’s clear that it’s disappearing and it makes me sad.

Why do you think that’s happened?

My perspective is that we still have a Lake Wobegon idea of what Minnesota is, that we’re all above average and amazing and wonderful. I just don’t think that’s the case any more. When you look at the statistics about our state, in many things we are the worst in the country, especially in racial disparities. I want Minnesota to be the sort of state that cares about kids from Lake Wobegon and kids from Lake Street.

The data show we have a racial generation gap and the younger generation has many more people of color. Maybe that’s been an excuse to stop investing in community institutions, like schools, because they don’t look like us anymore. We’re forgetting that Minnesota is successful when we rely on each other. And “each other” looks different from what it used to. We need to bring back that ethic that we’re all in this together, not just we’re all in this together if you look like me.

Ominous. What will lead us out of it?

There is a big movement actually. I’m really impressed with the Itasca Project, the way they came together and said it’s important that we do something about the racial gap in education. It’s a strong statement for business leaders to say, “This is a critical economic issue for us, we won’t have the employment pipeline we’re going to need if we don’t do something about this.”

What about a foundations advocacy organization attracted you?

I’m fed by big change. I love it when you know that the philanthropy collaborative that you pulled together changed that one piece of the law and suddenly now there’s going to be a lot more funding for after-school programs. If you can move the conversation a little bit, and you’re at the right leverage point, you can create significant change across broad areas.

Explain the work MCF does.

The Minnesota Council of Foundations has 170 members and they’re giving three-quarters of a billion dollars per year. It’s a larger scale of work, but it’s the same sort of issue I’ve work on in my other jobs. How do you create change? How do you get people to coordinate efforts? How do you adjust things along the way so that everybody is starting to face in the same direction? I think often there is a feeling about nonprofits in Minnesota that because we have so many of them—and it’s a great problem to have—that the work feels very diffuse, like everyone is working in their own direction.

After the economy collapsed we started to see new kinds of collaboration. People were coming together because they didn’t have as much money, so they needed to add value in a different way. It feels now like the sector is getting used to working together differently and moving forward in new ways.

After you’ve been president for five years, how will MCF be different?

It will be commonplace for foundations to be working with government, business, social entrepreneurs, and nonprofits to develop systematic change rather than mediating problems after they’ve happened. We have a mature philanthropic sector in Minnesota; it isn’t just about basic skills like how do you review grants. The conversation today is about how do you move strategy forward within your foundation and how do you move change throughout the community by working with others. That’s the place that our members are at now.