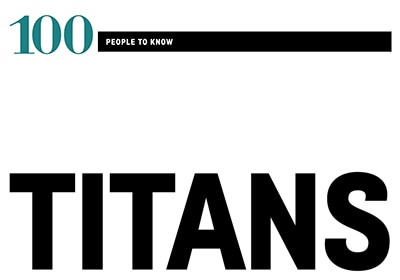 Alan Hodnik’s Duluth-based utility has wielded remarkable economic development power in northeastern Minnesota. It covers a 26,000-square-mile service area, which includes the Iron Range and North Shore. It supplies power to iron-mining facilities and paper plants. In the past year, it has sought to help these large, struggling businesses by offering lower rates—which would mean increasing residential charges. Home customers are naturally opposed, and the state’s Public Utilities Commission has resisted some of the efforts. Minnesota Power is still pushing for the rate changes, which could have a significant impact on the iron industry’s economic viability.

Since becoming CEO of Land O’Lakes in 2005, Chris Policinski has doubled the size of the farmer-owned co-op despite one of the worst downturns in global commodity prices. By sticking to zero-based budgets, Policinski oversaw company-wide profit growth of 65 percent in second-quarter 2016, which he’s using to position the co-op for long-term growth. Policinski recently completed two strategic investments in Africa to provide services and animal feed to farmers in a region with some of the strongest long-term growth potential. And he’s poised to expand further when the cost of buying dairies moves off current highs.

By the time you read this, the parent of the Radisson and Country Inns may have a new name. But CEO David Berg will still be overseeing more than 1,400 hotels (under seven brands) across the world. Berg describes Radisson RED, Minnetonka-based Carlson Hospitality’s newest brand, as a hotel for the “millennial-minded traveler.” It’s also technology-driven, with a mobile app that allows guests to check in, order a craft beer or cocktail from the bar, or call a taxi. RED launched in 2014 in Brussels; its first U.S. outpost opened in November near U.S. Bank Stadium. China-based conglomerate HNA Group announced in April that it would acquire the Carlson companies’ hotel division. It expects to remain based in Minnesota—but will have more capital to play with.

David MacLennan is transforming the country’s largest privately held company. He spent the past two years closing or exiting lower-profit operations, a strategy expected to pay off handsomely in fiscal 2017. First-quarter profits, announced in October, soared 66 percent, to $852 million, even though Cargill’s overall sales fell 1.5 percent. An adamant proponent of traditional agriculture and genetically modified (GM) products, Cargill recently ventured into non-GM with high oleic sunflower oil, cane sugar and the sweetener Erythritol. Why the shift? Consumers’ stomachs are increasingly tied to their values, and MacLennan has taken that to heart—and to the boardroom.

Under Dr. John Noseworthy, named CEO in 2009, the Mayo Clinic has improved its financial position, launched what is likely the biggest local economic development project in the history of the state and steered the formerly stodgy clinic in a more entrepreneurial direction, with an emphasis on injecting innovation into the health care establishment. That includes investments in Mayo’s Center for the Science of Health Care Delivery, which Noseworthy has tasked with finding the “Holy Grail of health care”— delivery of higher-quality care at lower costs. It’s even more imperative as insurers such as Medicare shift to “value-based” systems rewarding overall outcomes and cost efficiencies.

The straightforward and unassuming leader of the privately held Mankato-based printing empire has evolved into one of the region’s most intriguing figures through his ownership of our prominent NBA and WNBA franchises and the largest media organization in the state. All three entities appeared poised for good times, as Taylor more actively stewards his less visible businesses through the minefield of the digital transition. In 2017 observers expect the Timberwolves to reach the playoffs for the first time since 2004, and also anticipate the possible sale of the St. Paul Pioneer Press to Taylor—should a new Justice Department relax its approach to newspaper mergers. (Taylor was the subject of an extensive Q&A in TCB’s November 2016 issue.)

You can thank Ted Grindal when you walk into a bar or restaurant and don’t have to breathe cigarette smoke: His lobbying work on behalf of ClearWay Minnesota helped pass the Freedom to Breathe Act in 2007. The difference between Grindal and his peers is that he is one of a rare breed of lobbyists with whom legislators actually enjoy working. Almost universally respected as a decent human being who does his homework and gets results, Grindal has ridden that reputation to lead the largest lobbying firm in the state, a powerhouse that represents Microsoft, eBay, and dozens of other top companies. A perennial SuperLawyer, Grindal’s specialties are health, Indian law, government relations and election law.

Mike Guyette’s biggest decision in 2016 was undoubtedly his move to pare back Blue Cross and Blue Shield’s individual health insurance plans, including those offered on the MNsure exchange. Citing total losses of more than $500 million over three years in the individual market, the decision sent shock waves among supporters of Obamacare and raised questions about the public exchanges’ viability. Moving forward, Guyette’s challenge is to continue the trajectory of higher overall revenues, gains at for-profit subsidiaries and improved enrollment, which have been achieved despite the individual market’s drag on operating margins. 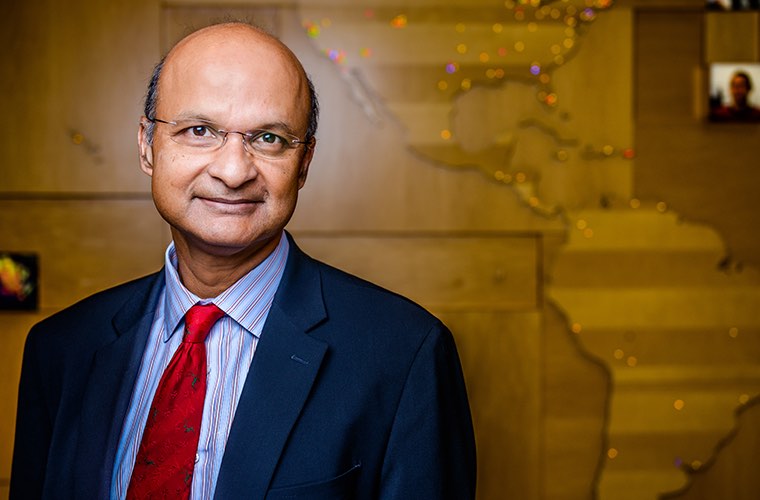 Omar Ishrak was unknown in Minnesota when he was tapped to lead the med-tech giant in 2011. Technically, Medtronic is now based in Ireland, but Minnesota remains its operational headquarters. In 2015, Ishrak was the architect of the $50 billion deal to buy Ireland-based Covidien, a deal that significantly boosts Medtronic’s product line. As a signal of a future Ishrak sees in emerging markets, the company opened a new Asia Pacific headquarters office this year in Singapore. Ishrak is proving that a big company can still find growth: The company’s sales have doubled since 2009. (After the Covidien deal, Medtronic’s revenue rose 42 percent to $28.8 billion for fiscal 2016.)

The expansion of Ron Peltier’s HomeServices residential real estate brokerage empire continued this year with the acquisition of Florida Network Realty of Jacksonville, that state’s second-largest brokerage, with nearly $900 million in 2015 sales volume. Next came the acquisition of Kentwood Real Estate, one of the biggest residential brokers in metropolitan Denver. Peltier says his goal is to “acquire distinguished companies,” and that philosophy looks to continue unabated in 2017, especially with the resources of Warren Buffet’s Berkshire Hathaway behind him. It would be a safe bet that HomeServices is likely to continue building up its standalone home mortgage and insurance businesses.

Tom Bakk (DFL-Cook) has a safe seat in the state Senate’s geographically largest district. (It includes most of the Iron Range and North Shore, including parts of Duluth all the way to International Falls.) Assuming the DFL holds the Minnesota Senate, he’ll retain one of the Legislature’s most powerful positions. It’s a precarious balancing act, as Iron Range politics are often at odds with urban DFLers and DFL Gov. Mark Dayton. His district’s population continues to shrink (the main reason it covers so much land), and Range residents are feeling beleaguered and restive as good mining jobs vanish. The special session he pushed for in 2016 didn’t happen, negating a crucial bonding bill. Expect Bakk to face another contentious year, both in his district and at the Capitol. Will he be testing the waters for the governor’s race in 2018?