A brief look at what’s new and noteworthy in the world of local philanthropy.
April 01, 2020 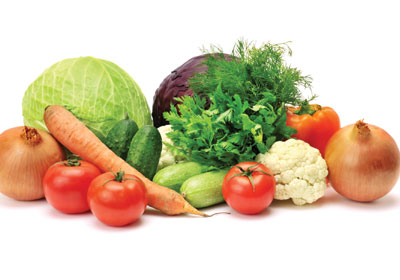 Bringing the Harvest to the Homeless

Each year, farmers and growers plant more crops than they are able to use in order to protect against perpetual problems like bad weather and disease. At harvest time, they plow under the surplus—which amounts to about 200 million pounds of edible food in Minnesota alone.

To help farmers bring that nutritious, fresh food to hungry people, Second Harvest Heartland launched a pilot program last year called Harvest to Home. It worked with 22 growers and 16 apple orchards in 2011 to distribute 2 million pounds of potatoes, 100,000 pounds of apples, 14 truckloads of sweet corn, and a mixed truckload of watermelon, green peppers, and corn.

Second Harvest Heartland distributed the produce to the 1,000 agencies it serves, including food shelves, soup kitchens, and senior centers.

“Many of growers didn’t know they could donate it, or they don’t have the capital to harvest the food when they don’t have customers for it,” says Lindsi Gish, associate director of communications and media relations at Second Harvest Heartland. “This is a mutually beneficial partnership.”

The nonprofit aims to expand Harvest to Home to include other growers and crops in order to bring even more fresh food to hungry people in Minnesota.

When The Joy Project needs volunteers for an event or other assistance, its leaders use digital crowd sourcing to find the resources they require. Started on a shoestring in 2006, the St. Paul organization advocates for people with eating disorders, conducts research, and offers education and support programs.

From its earliest days, The Joy Project has used crowd sourcing—putting out an open call online for others to join in its advocacy, perform tasks, raise money, or participate in surveys. As technology continues its rapid evolution and nonprofit budgets continue to be squeezed, local organizations are increasingly looking to digital crowd sourcing to help fulfill their
missions.

For example, The Joy Project uses websites like sparked.com to find skilled volunteers like Web gurus. “It was the way to start from nothing,” says Executive Director Joy Nollenberg. “Essentially we were asking ourselves, ‘What is the least amount of resources we can use and still make an impact?’”

The Minnesota Community Foundation also uses crowd sourcing to raise money and to get fresh ideas for vexing problems. Through its Minnesota Idea Open, the organization puts out an annual call for solutions; topics have included obesity, water issues, and working together across cultures and faiths. Funding is given to the winner.
Finding Common Ground

Why reinvent the wheel each time a community or group struggles with a problem? How can society more effectively address the root causes of various challenges and not just their symptoms? The St. Paul–based Bush Foundation launched a program last year, InCommons, that serves as a new way to engage people in social entrepreneurship.

Minnesotans can get involved with InCommons via several platforms, either face-to-face or online. Its Collaboration Challenges use crowd sourcing to find solutions to various problems, while searchable databases connect likeminded groups and individuals across Minnesota.

InCommons partnered with the Freshwater Society on a crowd-sourcing challenge  that sought ideas to inspire people to clean up grass clippings, and leaves from yards, streets, and storm drains. Participants and others interested in the topic can now search the InCommons databases for likeminded people and resources related to water issues.

“We wanted to work more in partnership with communities and build social capital so people can solve their own problems instead of waiting for a hero or expert,” explains Jake Voit, InCommons manager.

About 5,000 people use the InCommons website each month, and the number is constantly growing.

One successful project is the Native American Somali Friendship Committee, which competed in InCommons’ Collaboration Challenge after members from both communities started working together to build relationships.

Local Native American and Somali residents, particularly their youth, clashed regularly. Leaders from each community coalesced a cross-cultural group to learn about their similarities and differences, thus starting a conversation about making the community safer through collaboration.

Being involved in the challenge resulted in publicity for the committee and opened the door to connections with people and resources that helped further its mission. And the committee has since inspired other groups facing similar problems.

For example, an international group working on nurturing peace between Israelis and Palestinians contacted it to learn about its approach. The U.S. Department of State also reached out to the Friendship Committee to learn how to replicate its efforts and engage in peaceful dialogue with other Muslim communities.

• Eighty-one percent of Americans believe that companies should financially support causes at the same level or higher during an economic downturn—and it seems that U.S. businesses rose to the challenge. Nearly two-thirds (or 64 percent) of consumers think companies responded well to social and environmental issues during the recession.

• Consumers are the primary audience for most companies’ cause branding programs, but businesses should be wary of overlooking employees as participants in their efforts: Sixty-nine percent of Americans consider a company’s social and environmental commitments when deciding where to work.

Like many businesses, Minnesota’s nonprofits have embraced technology as a means for fulfilling their missions, and 88.8 percent use social media. Among the organizations using it, 16.2 percent invest at least one-quarter of a full-time employee to manage their social media efforts, and 11.5 percent have social media as a line item in their budget. Overwhelmingly, they use social media for communications and marketing—although many are also using such platforms for fundraising, programming and services, and media relations.