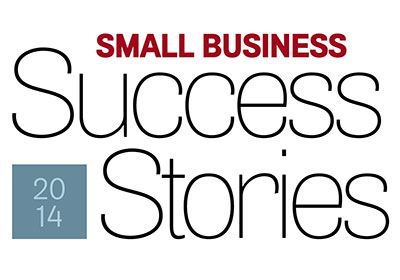 AVI Systems
Eden Prairie
AVI Systems is an audio-visual, telepresence and broadcast systems integrator serving business, commercial, educational and government clients throughout the country. One of its specialties is developing videoconferencing capabilities. Founded 40 years ago, AVI now has 17 offices throughout the Upper Midwest and on the West Coast. The company is 100 percent employee-owned.

Avionte
Eagan
CEO John Long and three other partners started Avionte in 2005 to develop and license staffing software and Web-based portal services that allow recruiters, staffing agencies, employers and job candidates to better communicate with each other. Avionte has earned rankings on the Inc. 5000 fastest-growing companies list three years in a row and generates approximately $9 million in annual revenue.

Bercom International/HANDy Paint Products
Chanhassen
Bercom International generates more than $12 million in annual revenue, producing 12 models of paint containers and container liners under the HANDy brand at the rate of 20 million products a year. Its flagship product is the HANDy paint pail, designed with a comfortable handle to make painting easier. The company’s pails, cups and trays are sold in home centers, paint stores and hardware stores across the country—Ace Hardware, Lowe’s and Walmart are three of its sellers. All of its products are manufactured in the U.S.

Data Sciences International
St. Paul
Founded in 1984, Data Sciences International is a biomedical research firm with a particular focus on the physiologic monitoring of laboratory animals used in numerous industries worldwide, including pharmaceuticals, academia, contract research, medical technology and chemical defense. Its services and products include telemetry, instrumentation and software, and generate about $40 million in annual revenue.

Diamond Graphics
Ramsey
Diamond Graphics is a printer of plastic cards used by clients in the telecommunications, stored-value and direct-marketing industries. Working from its recently acquired 60,000-square-foot facility, the company produces around 500 million cards a year. It has grown in large part by continually updating its equipment to meet its customers’ evolving requirements.

Emergent Networks
Edina
Emergent Networks was founded in 2003, though its predecessor company dates back to 1985. During that time, the company has constantly adjusted to changes in technology to keep its strategy, service and support offerings to its business customers up to date. One of Emergent Networks’ specialties is building IT systems with business continuity and disaster recovery in mind. The fast-growing company pulls in about $14 million in annual revenue and plans to open a second office in Mankato.

Logic Information Systems
Bloomington
Starting as an IT development and staff augmentation firm in 1997, Logic Information Systems has become a full systems-implementation company dedicated to the Oracle Retail platform. Its customers include Gander Mountain and Von Maur. In 2014, the company added business intelligence and big-data analytics expertise to its capabilities. It now employs more than 400 people at six offices around the world and generates annual revenue of about $60 million.

Modern Manufacturing & Engineering
Brooklyn Park
Hue Lien came to Minnesota from Vietnam in 1980. Barely speaking English, he put himself through machining school and became a tool crib attendant at Modern Manufacturing in 1983. Fifteen years later, Lien purchased the company, and he has since expanded its operations and tripled its annual revenue to $22 million. Modern Manufacturing provides custom precision machining for components and assemblies used in aerospace, the military and medical technology, among other industries.

Red Circle
Minneapolis
Founded by an enrolled member of the Mille Lacs Band of Ojibwe, Red Circle provides advertising, marketing and Web development for Native American-owned casinos throughout the country. Its services include social media, direct marketing and player development, as well as brand, marketing and media strategy. In addition, it develops data analytics and data management systems for its clients. It employs 25 people; 2014 annual revenue is expected to top $7 million.

TitleSmart
Maplewood
TitleSmart provides its real estate clients with title, escrow and closing services. Though started during the collapse of the housing bubble, the company has been expanding in the past few years: In 2014, TitleSmart was ranked 2,787 in the Inc. 5000 list of America’s fastest-growing companies, posting a three-year growth rate of 133 percent. It now operates seven locations in the Twin Cities metro area and generates nearly $5 million in annual revenue.