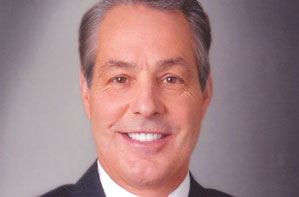 The housing bust has spelled doom for real estate brokerages that don’t have the talent or capabilities to cope with what has essentially been the biggest-ever shakeout in the industry. Peltier, however, has got a big-money co-owner on his side—Warren Buffett—as well as a steady compass that told him to avoid moving into the dark side of exotic mortgages.

Thus, Minneapolis-based HomeServices—which owns nearly 20 realty “brands,” including Edina Realty locally—is well positioned in 2009 to continue, and even accelerate, its scoring of distressed brokerages around the country at bargain-basement prices. Peltier told Bloomberg last September that he’s looking to spend $200 million in the next two years, snapping up broke brokerages at 20 cents on the dollar. (HomeServices’ biggest competitor is New Jersey–based Realogy, whose brands include Century 21 and Coldwell Banker.)

HomeServices’ sales transactions, or “sides,” were 152,826 in 2007, down 16 percent from 2006, the industry journal Real Trends reported. But it was a haircut, not a scalping. The coming year will show whether homebuyers will take advantage of low interest rates and low prices.