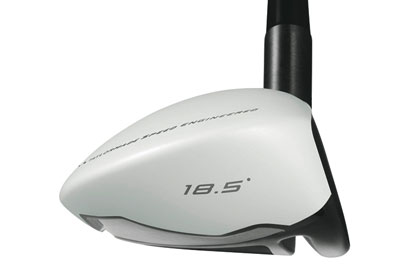 For years, TaylorMade’s R series drivers (R7, R9, R11) have been one of the most successful set of clubs in the game. But in February, the company released a whole new line called Rocketballz or the RBZ series. The company claims better players can gain 17 yards with the fairway woods alone, and Longwell spotted plenty of the RBZ demos in the tour pros’ bags this winter.

“The people I talked to at TaylorMade say the three wood and the Rescue hybrid are going to be really hot sellers because of their really hot faces,” Long-well says. “Everything is legal, of course, but they have noticed a lot of yardage gained from the testing of the pros who have used it.” Drivers starting at $299.99, taylormadegolf.com