On The Hot Seat

These execs sit in roles of high scrutiny, roiling with change or controversy, in some cases toiling in “acting” roles awaiting the judgement of an executive search.
April 01, 2020 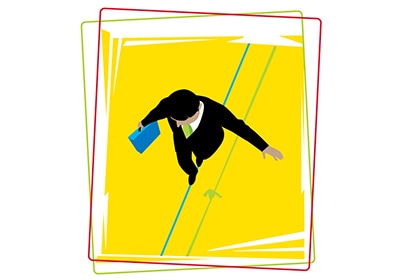 Food is big business for Minneapolis-based Target, accounting for roughly one-fifth of the company’s sales ($72.6 billion in fiscal 2014). But CEO Brian Cornell is looking to overhaul and update the merchandiser’s previous ho-hum approach to grocery. In April, Target tapped Anne Dament—who brings extensive experience at Supervalu and Safeway—to lead the tune-up, to be rolled out in 2016. It’s a big undertaking, but Cornell is confident, dubbing Dament “the right leader to drive our reinvention.”

Beth Goetz moved into the A.D.’s chair this summer on the heels of Norwood Teague’s sexting episodes. Teague was hired for his fundraising prowess, but the U is now facing federal scrutiny for compliance with Title IX regulations, and the capable Goetz is thought of by many as the right woman for the department’s current challenges. Problem is, once those issues are in the past, the department will again be looked to for its ability to hire men’s athletics coaches who win games and generate booster support to build facilities. Goetz will have much to prove to U president Eric Kaler in a short time to convince him she has that capability.

Brian Cornell came to Target just over a year ago to try to right the ship after Gregg Steinhafel’s disastrous tenure. He facilitated a major headcount purge this winter and has prioritized beefing up the company’s digital sales, fixing ongoing supply chain problems in stores, and reinventing the company’s unremarkable grocery operation. Though Target-lifers bemoan cultural and staffing changes that have made the company a less desirable employer, there is a growing appreciation of Cornell’s dynamism and sense that he may not be the short-term CEO many had expected him to be.

Dean Johnson
Chair, Board of Regents
University of Minnesota

Dean Johnson has served as majority and minority leader of the Minnesota Senate and as a brigadier general in the U.S. Army National Guard, and is a longtime Lutheran pastor in Willmar. He might need all of his political, military and pastoral skills to lead the board of regents. The U’s administration is being criticized following the high-profile resignation of athletic director Norwood Teague, who faced accusations of sexual impropriety. The university’s hiring practices also were called into question after its CIO, Scott Studham, resigned, and it was later reported he had also been the subject of multiple complaints over his management style and spending habits.

Besides the Minneapolis Public Schools superintendent’s chair, there may be no hotter seat than that of U of M president. Rarely a semester passes without a scandal or imbroglio, and 2015 was no exception, as the U was hammered for charging out-of-state students bargain tuition and saw both its CIO and athletic director forced out in scandals related to leadership style and sexual harassment, respectively. And this year’s crummy Gopher football season can’t be helping. Still, Eric Kaler enjoys rather emphatic support from the board of regents and seems to have taken the slings and arrows in stride. Maybe he’s wearing asbestos-lined slacks.

On June 22, Jim Eppel assumed the title of CEO of UCare from retiring Nancy Feldman. Less than a month later, he was facing what could be a fight for its survival after it was announced Minnesota’s fourth-largest nonprofit health plan had failed to make the cut to remain in the state’s Medicaid and MinnesotaCare programs, where it covered 369,000 enrollees. Eppel says the company stands to lose 54 percent of its $3 billion in revenues and announced significant layoffs in October. The coming year will test Eppel’s mettle.

Code42 was having a bit of a rough year before Joe Payne stepped in. Despite continued growth, observers thought the darling of the Minneapolis tech scene seemed panicked after it pulled out of a new headquarters project in Uptown and saw two of its top execs step down. Bad news seems to have died down since Payne stepped in. He’s an executive with a proven track record—during a previous stint as CEO of Eloqua, a Virginia-based marketing software company, he increased revenue from $11 million to $125 million and led it through an IPO and sale to Oracle for nearly $900 million. How successful he is at Code42 could shape the future of Minnesota’s place in the “Silicon Prairie.”

Toronto-based PolyMet’s reason for being is nonferrous mining in the Duluth Complex—a geological region near the Iron Range reportedly loaded with platinum, copper and other precious metals. At press time, PolyMet had just received an environmental impact statement from the Minnesota DNR which the company believes will lead to permits to begin mining. But the project may be stalled by legal roadblocks, including a lawsuit by American Indian bands concerned about the effect of “sulfide mining” (opponents’ preferred term) on wild rice lakes. Jon Cherry is facing other challenges: a soft market for copper—probably temporary—and a major investor (Switzerland’s Glencore) that has been struggling financially.

Michael Goar is the latest occupant of the hottest seat in Minneapolis’ public sector—the superintendent’s chair of the public schools. And to make the seat even hotter, his occupancy may be more temporary than most. Goar, most recently the district’s second in command, is a candidate for the permanent role after No. 2 roles in the Boston and Memphis public schools. The forceful exec has already clashed with the school board over a multimillion-dollar swimming pool project, but many suggest his take-charge leadership style may appeal to a school board desperate for solutions to the district’s stubborn achievement gap.