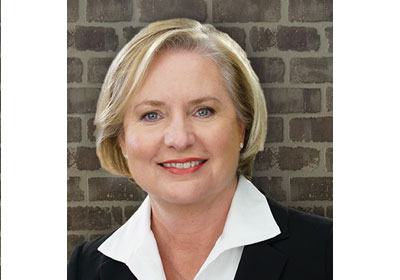 TCB | Marcato contends that franchising 90 percent of your company-owned stores would generate $2 billion over the next four years, allowing you to buy back a significant amount of stock. What do you think of this strategy?

Sally Smith: We are going to spend time looking at their analysis. We would do that whether it was Marcato or another shareholder. It’s too early to give a definitive answer. We want to be sure we do a thorough analysis before we shift our strategy. It’s important to listen to what all shareholders have to say. You always need to look at shareholder value, and when I think of shareholder value, I think of creating shareholder value over the longer term.

TCB | You recently implemented an online and mobile ordering platform that shows great promise. How did you manage that?

Smith: When we started to look at this, we determined that key to having a mobile and online ordering strategy was the need to have a common POS, or point of sale, across the company—corporate-owned and franchised stores. We upgraded the corporate-owned stores first to a common POS, and then talked to our franchise group. Over the course of 2015, franchised restaurants upgraded to the corporate POS. We developed a mobile app and online ordering capability that would work at every restaurant. We started testing it in late 2015 and launched it in first-quarter 2016. Clearly, it has helped. The majority of big and mid-sized firms are moving toward online and mobile ordering. We recognized we needed a common POS first, and I think I can say we are on the front end of this trend for firms with both corporate and franchised stores.

TCB | What are the primary benefits?

Smith: The online and mobile ordering platform makes it easy for customers to add items to their order. They take their time ordering. Sometimes when you are placing an order on the phone, you think you are taking up too much of the person’s time who is on the other end of the phone.

TCB | What are you doing to manage through the recent slump in restaurant traffic in the U.S., which some have started to call a restaurant recession?

Smith: I have been in the business for 22 years, and this is probably the toughest situation I’ve been in. No one can put a finger on it. There are a lot of micro-situations occurring. People are not going out as much. Grocery stores have upped their games when it comes to takeout. And commodity prices have fallen, which has widened the price gap between food purchased in grocery stores and food purchased in restaurants. Our research tells us that consumers want convenience. Quick-serve restaurants had a decent year the past four quarters but now they are entering a slump. We have switched up our Tuesday offering (at corporate locations, some franchises), which used to be discounted wings. Now it’s half-price wings, and we have put advertising behind it, both radio and television. When fall football starts, the last 10 seconds of our ad will promote half-price wings. Consumers want speed at lunch, so we are offering a 15-minute lunch guarantee or that meal is free. We are looking at what one-day events we can capitalize on other than sports.