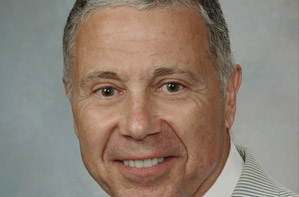 “We’re in a constant state of flux,” says Nicholas LaRusso, who oversees Mayo’s Center for Innovation along with its administrative director, Barbara Spurrier. “We’re two and a half years old, and I think we’re going through our second or third iteration.”

The center seems to be settling in. Having evolved from a program on “innovative health care delivery” that LaRusso established in 2004 while chairing Mayo’s Department of Medicine, it’s now moving into a dedicated facility on the Mayo campus. In the meantime, it has been bringing to fruition several of the numerous ideas it has generated. A couple of examples:

• Providing research to help Austin Medical Center establish a patient-centered “medical home” in Austin, Minnesota. A medical home is not a building but an approach to medical practice designed to help people with chronic conditions such as diabetes better manage them. Medical homes offer a collaborative interconnection between a patient’s primary care physician and others in the patient’s “care network,” including hospitals, specialists, and even employers. The result is a more holistic and lower-cost approach to disease management. With Austin Medical Center’s “home” now accredited by the state of Minnesota, the Center for Innovation is working to spread the idea to other cities.

• EConsults, a program that allows primary care physicians from across Minnesota to tap into the expertise of Mayo specialists, without patients needing to travel to Rochester. The primary care provider can send patient information electronically to a subspecialist, who replies to the inquiry within 24 hours.

One of the Center for Innovation’s current projects is establishing “distance care” programs for diagnosing and treating breast cancer in areas of Alaska where physicians are few and far between. Here, patients are seen by care providers via video feed. “These types of programs represent one potential solution to the growing shortage of doctors, which is a major problem for this country,” LaRusso says.

LaRusso also was the driving force in starting Mayo’s Transform Symposium, now held every autumn. Transform brings together dozens of thinkers to Rochester from numerous health care practices—as well as many outside the health field, including artists and other creative types—to discuss approaches and possibilities for “transformative” health care delivery and outcomes.