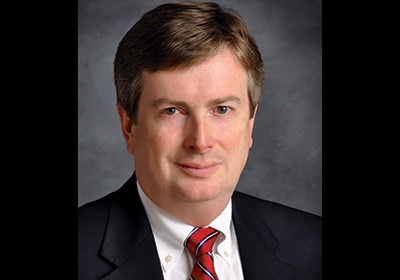 Red, White, or Beer?
Beer in summer, red in winter

Favorite Vacation Destination:
Wherever our kids are

Mark Cummins’ organization represents the more than 130 credit unions in Minnesota, which range in size from roughly $300,000 in assets to $3.6 billion.

Do your members’ interests always align?

I’ve never been in a room with a group of people where things aligned all the way across the board. We have folks that are passionate about what they do, and they don’t always agree, and I think that’s healthy. But do they work together overall? Absolutely.

What would you peg as the main misconception about credit unions?

That we are [not] a very sophisticated industry. What we provide to our members is a sophisticated list of financial services. People think of credit unions as being inconvenient, because we don’t advertise the same way, we don’t have a national footprint, from an institutional basis, that allows us to, like a Wells Fargo or a Wal-Mart, hit the airwaves or have branches on every street corner. But we have a huge ATM network that members of credit unions can use service-charge-free, all across the country. We uniquely have what are called shared branches, where if your credit union participates, you can go to branches all over the country and use deposit services.

The other part I think people don’t understand is that we have a Federal Deposit Insurance-equivalent of what banking has. We’re very safe. We’re conservatively managed and we take good care of people.

What of the accusation that tax exemptions put credit unions at an unfair advantage?

That’s just inter-institutional propaganda, frankly. Credit unions do have a corporate income tax exemption, but that’s the only one. And that income tax exemption is there because we are not-for-profit financial cooperatives. Because of that too, we pay a big price, because of the limitations that places on our business model. Our members are continually asking us to do more for them on the business side, and we have limitations as to what we can do, the amount of business lending we can do.

Absolutely—in fact, we grew at a faster pace when you look at members and deposits. This is still part of the “Bank Transfer Day” phenomenon, which was not a credit union-led thing but which brought forward the alternative that credit unions provide and made folks more aware.

I think the people that are choosing credit unions are doing it largely on a values-based decision—that the values that are espoused by the credit union align with the values they’re looking for. We still have to have a strong business case, because we have the fiduciary responsibility to manage a business for the benefit of all the members. But when your focus is how do you maximize the benefit to your membership versus the benefit to your ownership group, that’s a fundamental difference in the approach to how you treat people. It doesn’t make either one wrong, it’s just a different perspective. And that’s a perspective that more and more people see as aligning with their own personal viewpoints.

What keeps you up at night?

We’re getting buried under regulation. When you’re looking at a group of small institutions like we have, those smallest players—whether it’s credit unions or banks—the regulatory burden is crushing. In essence, that scale that you need to have to deal with the regulatory burden benefits those that were the worst players that caused the biggest problems.

The smaller folks who were in tune with their [customers] are paying the price, because they just don’t have the scale and staffing to deal with the blizzard of regulations we’re buried under. It’s a huge issue, and it’s one that’s difficult because you have to comply and you want to comply—it’s not about that. It’s that the actual cost of doing it is overwhelming.