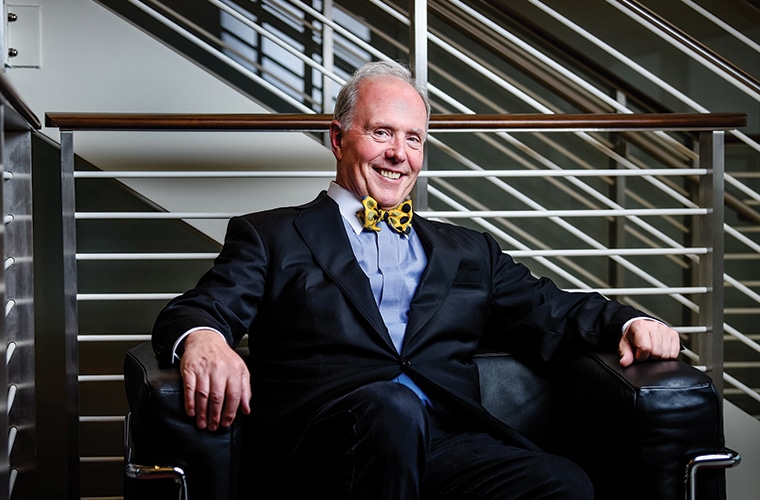 If you’re a hard-working board member, veteran business attorney John Stout can give you a serious ego boost.

Directors “provide an absolutely critical societal function,” says Stout, a shareholder with Minneapolis-based law firm Fredrikson & Byron P.A., where he has specialized in business organization, finance and governance since 1967. That’s one reason he helped launch the Outstanding Directors Awards in 1996. Through board service to small public companies and nonprofits, advising clients ranging from family businesses to major corporations, and writing numerous articles and white papers, Stout has devoted much of his career to encouraging good corporate governance. It’s a topic that has engrossed him since the 1980s—a time, he says, when good governance wasn’t the issue it is today.

What makes a good director? “For me, at the heart of it is this: You’re a fiduciary,” Stout says. “This is about other people’s money. This is in the nature of a trustee. It’s not your company; you’re responsible for it. Your fiduciary duty of care says you’re always going to be well-prepared. You’re going to make your decisions carefully—well-informed and without conflicts of interest.”

In the late 1980s, Stout co-founded the Minnesota chapter of the National Association of Corporate Directors (NACD). “I felt like a lot of boards and individual directors were seeking information about how to improve board practices—and really, how to articulate what best practices are,” Stout says. Given the high-profile business scandals at the turn of the century, the timing turned out to be sadly prescient.

“From Enron forward,” Stout says, “the issue was ‘Where were the boards? Shouldn’t the boards have stopped this?’ ” One of the central goals of the Outstanding Directors Awards is “to shine a light on the importance of a good director, and what a good director and a good board could mean to a company. We have a lot of examples of bad ones out there. But in our own community, there are people who serve as directors of various companies that have been tremendously and positively impacted.”

Contrast this with the spectacular board failures at Enron, Volkswagen and so on. Those debacles “cut across to the core of our economic well-being,” Stout notes. Shareholders lose money, employees lose jobs and brands are tarnished. And when a company collapses, vendors are stuck with unpaid bills and communities—and, often, taxpayers—suffer. The board, he adds, “is the place where the buck stops. You can see how much that’s positive can be done when you get governance right. And we’ve seen how much damage can be done when you don’t.”

Stout’s abiding passion for good business governance has been one of the key themes in his lengthy CV. In addition to his work with NACD, he has chaired the American Bar Association’s corporate governance committee. Stout also was a founding board member of the Minneapolis-based Metropolitan Economic Development Association (MEDA), which supports minority entrepreneurs. Its former president Esperanza Guerrero-Anderson now works with private companies seeking to start or strengthen a board. She cites Stout as an ongoing influence in her career.

“For the past 30 years, John has been totally committed to corporate governance,” says Guerrero-Anderson, who was recognized as an Outstanding Director in 2010. “When no one was talking about it, he was already preaching about the role and the fiduciary responsibilities that directors have.”

Many of her client companies have boards, “but they’re more like country clubs,” comprising golf buddies, old friends and others who might not be particularly rigorous in their oversight. Guerrero-Anderson seeks to instill a sense in organizations that good directors are crucial to their ongoing success. In working with clients, she often uses a Stout quotation: “Your reputation takes years to build and a moment to lose.”

That’s true of companies as well as directors, Stout suggests. Ethics and integrity “have to start at the top,” he says. “And they have to be modeled throughout the organization.” That’s why “we have to do everything we can to upgrade board performance—and individual director performance.”