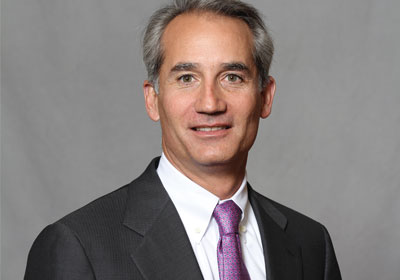 Just four years after becoming CEO at Quad/Graphics, the printing services company founded by his father, Joel Quadracci made a bold move: He acquired Montreal-based Worldcolor Press and took the family company public. With that one deal, Quad/Graphics went from a $1.8 billion private company to a $4.8 billion global enterprise. The acquisition, completed in July 2010, made Quad/Graphics North America’s second-largest commercial printing company by sales.

Why make this deal? Industry economics. Despite clients cutting back on printing, postal expenses rising, and electronic media booming, Quadracci believes believes that print still has a strong future, and is a crucial component in an ever-changing, multi-channel communications environment. The Worldcolor acquisition creates greater manufacturing and distribution efficiencies.

Creating a public company under the Quad/Graphics umbrella allowed the Quadracci family to use equity rather than debt to finance the acquisition. And by having his family maintain voting control, Joel Quadracci is able to maintain the values his father, Harry, instilled when he started the company in 1971: in particular, maintaining cooperative, collaborative relations between management and employees.

“A lot of CEOs would focus on the acquisition,” says John Fowler, executive vice president and chief financial officer, about how Quadracci addressed his new employees. “Joel spent some time on that, but he really talked about the values and the message of, ‘Here’s who we are, and we welcome you as part of the Quad family.’”

Besides printing, Quad/Graphics provides related services such as design, database management, and mailing and distribution. In addition to the challenges that come with the acquisition and integration process, the company also faces an ever-changing industry as digital media becomes increasingly prevalent. Quadracci believes that Quad/Graphics will continue to be successful in the multi-channel market and find ways to integrate print into digital media.

To assist in the development of these and other business ideas, Quadracci has created new programs to encourage an entrepreneurial spirit within the company. In 2009, he launched an intranet site called the Quad Idea Catapult, an innovation initiative designed with the help of employees to give them the opportunity to share ideas. The program is especially useful now that Quad/Graphics has more than doubled its work force. “We needed to come up with a better mechanism to make sure we hear the ideas from all over the company,” Quadracci says.

Fowler thinks that Quad/Graphics has an advantage in keeping up with all the changes in the printing industry with a younger CEO at the helm. (Quadracci is 42.) “He understands it and teaches it internally as well as externally with customers,” Fowler says. “He focused on saying, ‘Let’s not be afraid of new media, but let’s not be stupid and think it’s not going to change things.’”

As Quadracci completes the integration process from the acquisition, he also is looking at where to grow from here, whether organically or through acquisitions. Quad/Graphics has “a culture of innovation,” he says, “and it’s a very powerful tool for us as we go forward with other opportunities.”