He directed numerous turnarounds within American Express—then led one of the largest and most successful spinoffs in U.S. history with Ameriprise Financial.
April 01, 2020 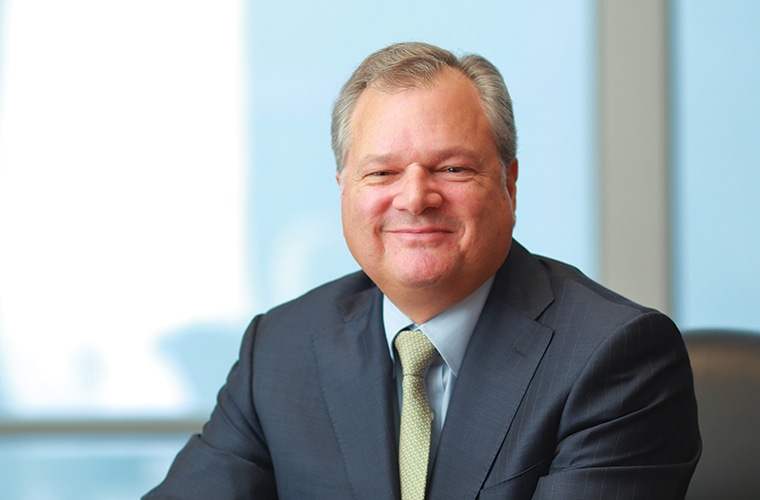 Here’s a challenge: Turn the sixth-largest spinoff in U.S. history into a multibillion-dollar public company—and do it in nine months. That means creating a new brand, building new technology infrastructure, and establishing staff functions separate from the corporate mother ship.

That was what Jim Cracchiolo faced in 2005, when New York-based American Express (Amex), the company he’d worked for his entire career, spun off its Minneapolis-based American Express Financial Advisors, Amex’s financial-planning and insurance business. The spinoff, Ameriprise Financial, would enter the Fortune 500 ranked 297. Cracchiolo was to be the new entity’s chairman and CEO.

But Cracchiolo was ready for this, the biggest test of his career. Under his leadership, Ameriprise’s revenue has grown from $7.5 billion to $11.9 billion, and it has climbed to 252 in the Fortune standings. And shareholders who owned Ameriprise common stock (NYSE: AMP) reaped a 504 percent return from 2005 through 2017.

Throughout his career, Cracchiolo had proven himself to be a skilled business rebuilder in several roles at Amex, which he joined in 1982. Cracchiolo came from a family that knows how to put things together and make them work. His father was a technical artist who drew blueprints and schematics for the Air Force. His oldest brother was an engineer.

Cracchiolo himself enrolled in a combined engineering and business degree program offered through New York University and Cooper Union. The Brooklyn native switched to a triple major in economics, accounting, and management, graduating in five years with an MBA and later earning a CPA license. During those overachieving years, Cracchiolo realized that he’d rather “build things than work on the building of things. I wanted to actually figure out how everything worked, big picture and small picture.”

At Amex, Cracchiolo moved up the ranks quickly, developing a reputation as a turnaround pro. Within a decade after graduating from college, he was CFO of Amex’s banking and lending business, directing its growth into a $10 billion institution. A few years later, he was named CFO of investment firm Shearson Lehman Brothers, then an American Express unit, to get it back on track following the 1987 stock market crash.

When Amex decided in 1993 to sell Shearson, Cracchiolo returned to the mother ship. He and his team designed a companywide effort of process improvement to make its core travel-related services business more centralized and efficient, reaping $1.5 billion in savings. Then, after a stint as head of Amex’s new Global Network Services unit, he was named CEO of Travel Related Services International, which included all of American Express’ consumer and corporate payments businesses around the world. At the time he took over, the unit was growing in only six countries. After two years, it was growing in 25.

In 2000, Amex sent him to Minneapolis for his next assignment—chairman and CEO of American Express Financial Advisors. Founded in 1894, the company had long been famous in Minneapolis and across the country as Investors Diversified Service, or IDS. (It gave its name to one of the city’s best-known buildings.) In 1984, Amex purchased IDS, renaming the company while keeping the IDS brand.

The old IDS posed new challenges for Cracchiolo. Though far from failing, American Express Financial Advisors was struggling to grow in the increasingly competitive financial advisory industry. What’s more, it had made some very poor investments in structured high-yield products (offerings very similar to those that spurred the Great Recession).

“It was a really strong business at its core—good values, good business model,” Cracchiolo recalls. “But over the years, it sort of lost a little bit of its traction.” He wanted to refocus the business on what he believed was its “core value proposition”—namely, wealth management and advising clients on investments. His restructuring strategy included writing down $1 million in debt, improving work processes, expanding its lines of investment and insurance products, and boosting the productivity of its advisor network.

Within five years, American Express Financial Advisors was “on a good path,” as Cracchiolo puts it. Then Amex decided to spin off the business to focus on credit cards, banking, and travel services.

“Here were people who were comfortably ensconced in this Fortune 50 company, and they were told they had to build a ship and sail off on their own, and Jim led through that,” says John Junek, who was Ameriprise’s general counsel before retiring in 2017. Junek, who worked in American Express’ credit card business with Cracchiolo and accompanied him to Minneapolis, recalls that “the relations at that time with Amex were less than positive. He was not getting support from people who used to be his mentors. It was a big deal.”

There were also some old troubles to clear away. Before the spinoff, New Hampshire regulators alleged that American Express Financial Advisors had given its advisors bonuses to push poorly performing in-house mutual funds. Two months after it was spun off, the company settled, paying $7.4 million to the state.

Junek worked with Cracchiolo through several regulatory problems early in the company’s history as Ameriprise. He believes Cracchiolo learned from each situation. “You better put in place the right compliance, invest in systems, be willing to stop doing things in a certain way that creates risk for clients and for the company,” Junek says. “Jim was always willing to do that.”

In 2007, Ameriprise entered the Fortune 500. The following year, the financial crisis struck. Fortunately, Cracchiolo says, Ameriprise had not made difficult or risky investments. Indeed, it was one of the few financial companies that didn’t need a federal bailout. That noted, a mutual fund called the Reserve Fund, which many Ameriprise clients had invested in, went belly-up during the recession. Ameriprise advanced its clients $700 million of its own money to weather the crisis, banking on the notion that it would be reimbursed by the Reserve Fund (which it was).

But Ameriprise also was able to make large, strategic acquisitions during the downturn. Most notably, it purchased Detroit-based H&R Block Financial Advisors for $315 million and grand old New York City investment firm J. & W. Seligman & Co. for $440 million in 2008. Two years later, it bought Columbia Management from North Carolina-based Bank of America for $1 billion. Meanwhile, Ameriprise was earning good ratings from consumers in terms of trust and in willingness to recommend the business to others.

All these achievements provide plenty of laurels to rest on. But Cracchiolo, who turned 60 this year and has a home in New Jersey as well as a company condo in Minneapolis, has no plans to retire. He gives plenty of credit to Ameriprise employees for its success. “You need a lot of good people that really care, that are focused on [the company’s] value proposition and bring it to life,” he says. “That’s what we have with our advisors, and that’s what we have with the people at the company.”