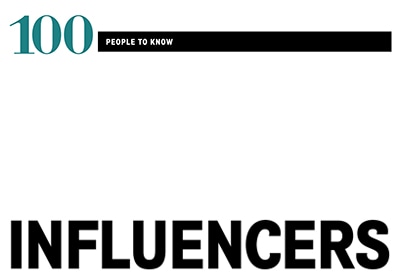 In a crowded market for new hotels, the Minneapolis-based, family-owned Graves Hospitality still finds a way to carve out distinctive projects. The company’s 124-room Moxy Uptown is currently under construction; the Marriott concept marks the first hotel in the Uptown area of south Minneapolis. Graves has strong development instincts, but also brings a savvy eye for design to the company’s hotel and restaurant portfolio. Also in the pipeline: another Moxy hotel in downtown Minneapolis and a 300-room hotel at the airport.

During the condo boom of 2004-2006, Bob Lux was on the development team for two high-profile towers (Grant Park, the Carlyle) that remain symbols of the era. As the apartment boom evolves, new condo development remains relatively rare. But Lux and team are pitching a 40-story tower called 200 Central, just across the river from downtown Minneapolis. Lux, who currently chairs the Meet Minneapolis board, likes big, game-changing projects. Alatus is also pitching an ambitious 13-story mixed-use project in downtown Rochester, but the city has been slow to draw private development. Lux is billing his project, which includes about 350 luxury apartments, as a “legacy project” for the community.

Eric Jolly holds one of the most significant philanthropic leadership roles in the state. Minnesota Philanthropy Partners (MPP) is a network of foundations, and Jolly’s staff supports four large ones and more than 1,700 affiliates in Minnesota. Jolly, who came to MPP in 2015 after 11 years at the Science Museum of Minnesota, is using his foundation capital to address income inequality. In a fall letter to stakeholders, he wrote, “We must address the institutional, legislative and economic practices that hold the structures of racial disparities together.” He calls it a “moral and economic imperative” to improve incomes of people of color.

As if it were a mantra, the Swedish-born CEO of 3M has for years been calling research and development “the symbolic heartbeat of the company.” To show how seriously he embraces it, Inge Thulin in March unveiled a $150 million state-of-the-art research and development center at the industrial supplies manufacturer’s Maplewood campus. By co-locating hundreds of scientists from dozens of backgrounds into one space, Thulin hopes to amplify 3M’s development of new patents—which tallies at more than 3,000 annually for the last decade. The same cross-disciplinary approach was implemented at 3M’s new Design Center—yet another investment Thulin expects will pay off in 2017 and beyond.

Trailblazer and chemist Jamice Obianyo empowers others—women, children, the community and her employer. Not only was Obianyo the first African-American technical director for Ecolab, but she is also a founding member of the Network of Executive Women (NEW), the Twin Cities Regional Chapter of NEW and Ecolab’s first employee resource network. As director of community relations, Obianyo launches, pilots and oversees global and domestic community relations initiatives and corporate donations for one of Minnesota’s largest companies. Next year, one of Obianyo’s thrusts will be to help thousands of children throughout the world learn about the importance of clean water and proper hygiene through the Project WET Foundation, an Ecolab partner.

In the fight for labor protection, you’ll often hear Javier Morillo’s name pop up. The self-proclaimed “thug in pastels” is a fierce advocate for the roughly 6,000 janitors, security guards and other building maintenance workers—fighting against exploitive employers and for increased benefits such as paid sick leave. With leadership in Minneapolis—and to a lesser extent, in St. Paul—taking a sharp turn toward progressive policies like the Working Families Agenda, Morillo has an opportunity to use this moment to push hard for additional workplace benefits with the backing of the employers he negotiates with.

Drugs are expensive, and Jim DuCharme, the recently named president and CEO of prescription benefit manager Prime Therapeutics, says he’s on a mission to tame what he calls the “runaway freight train of rising drug costs.” Pharmacy costs are a big driver of that equation, and in August, DuCharme announced that St. Paul-based Prime, owned by the nation’s 14 Blue Cross Blue Shield health plans, had forged a strategic alliance with Walgreens in a bid to promote prescription-filling operating efficiencies. He has called for “strong and decisive action” to rein in drug costs, and 2017 will likely bring more initiatives from Prime.

McGuinn has been disc-jockeying on America’s AM and FM dials since the 1980s, although perhaps less so since 2009, when he began calling the shots at Minnesota Public Radio’s booming member-supported rock outlet, The Current. At 89.3 FM, McGuinn is shaping the sound of the Twin Cities station as its ultimate decider on everything from a show’s playlist to whom The Current asks to appear at summer music fest Rock the Garden. Most recently, McGuinn said his sights are set on another “vibrant music scene”—Duluth. By expanding the Current’s brand to the Twin Ports (90.9 FM), the station can now broadcast its flagship’s content, as well as tap into a market flush with new content possibilities.

Having taken the helm from Joe Dowling last year, Joseph Haj has established in a very short time that he is firmly in command of the good ship Guthrie. His new management team is a who’s-who of nationally respected talent, and his first directing efforts—Pericles and South Pacific—were critically well received. It remains to be seen how Haj’s vision for the Guthrie will evolve, but his first full season of programming is an eclectic mix of populist fare, Shakespeare, modern drama, thoughtful issue plays, and the occasional dip into experimental strangeness—all good signs that Haj understands the competing dynamics between the Guthrie’s three stages. As a director, he’s not playing it safe, either. In February, Haj will direct Shakespeare’s King Lear, one of the most challenging plays in the repertoire.

After the 2018 Super Bowl, the high-profile events for U.S. Bank Stadium won’t be over—the 2019 NCAA Men’s Basketball Final Four is coming to town, bringing March Madness’ oft-dramatic finale back to Minneapolis for the first time since 2001. Planning the madness is the job of Kate Mortenson, a former TV news editor and principal of a community organizing consulting group. The Final Four includes more than just the hoops: It has a gigantic event schedule including a free music fest. Her task in 2017 is laying the groundwork for it all—and convincing the NCAA that Minnesota doesn’t need to wait another 18 years for its next Final Four.

Over the past 30 years, Kelley Lindquist has quietly built Artspace from a local developer of affordable housing for artists into a national powerhouse that operates 35 properties for artists in 20 states. In addition to renovating historic buildings, the organization has been instrumental in advancing the increasingly popular idea of using the creativity and resourcefulness of resident artists to help transform communities. In fact, Artspace’s success has made it the go-to consultancy for community leaders who want to leverage the arts for economic and cultural development. Lindquist and company have advised communities in almost every state on the value of art and artists—an idea seeded here.

Since 2012, Kris Kewitsch has helped ensure that the Charities Review Council functions as an independent resource for people who want to make informed giving decisions while helping nonprofits advance their work. In 2013, Kewitsch led a three-year rolling review of the council’s accountability standards, which serve as a set of benchmarks for more than 500 nonprofits and an assessment tool for thousands of donors. Seeing the lack of nonprofits meeting the “diversity, equity and inclusion” standard, Kewitsch initiated the development of an affordable and accessible toolkit for nonprofits to assess and improve their cultural competence, which the council will roll out this spring.

Margaret Anderson Kelliher has spent her career in public service, but she’s now playing a pivotal role bridging the gap between private-sector needs and public-sector attention and resources. As Minnesota grapples with how to fill a looming STEM-worker shortage, Anderson Kelliher’s extensive knowledge of what the state needs to build a next-generation workforce is critical. The former state Speaker of the House communicates the needs of MHTA’s 350-plus members to government officials and helps build pathways from college to high-tech careers through a state-subsidized internship program. In her role as vice chair of MnSCU’s board of trustees, she’s working on the retool of how the state university system educates the next wave.

Levy-Pounds quickly became the face of resurgent racial equity movement in the Twin Cities, parlaying her academic credentials (law professor at the University of St. Thomas) and a knack for attracting media attention into determined and often divisive public protests and civil disobedience. Her 2015 departure from academia, followed by her planned NAACP transition, has many guessing as to her next steps—and the fate of the causes she eloquently champions. Whatever her next steps, Levy-Pounds will take them with credibility and a platform unique in Twin Cities social justice circles.

Editor's Note: Following publication of the TCB 100, Levy-Pounds announced she was running for mayor of Minneapolis in 2017.

The consistent thread in R.T. Rybak’s life—as a journalist, businessman and mayor of Minneapolis for 12 years—has been his desire to make the city a better place to live for everyone. After leaving the mayoralty, he spent three years as executive director of Generation Next, a public-private partnership dedicated to closing the education gap for children of color. In July, Rybak expanded on that mission by taking over as president and CEO of the Minneapolis Foundation, which distributed more than $80 million in grants last year. The foundation is focusing current efforts on healing the racial, social and economic divisions in the community, a job for which Rybak is well-qualified, because he’s been doing it most of his professional life.

One of only three women on Schwan Foods’ 10-member leadership team, Robin Galloway became CFO of the frozen-food manufacturer in 2015. With sales of $3.7 billion, Schwan’s is trying to simplify product labels and has enlisted the skills of up-and-coming chefs—as well as Wayzata high school students—to create fresher tasting, healthier frozen foods and school lunch entrÃ©es. In addition to watching Schwan’s margins, Galloway will likely help elevate other businesswomen in 2017 if she receives an invitation to join the prestigious Minnesota Women’s Economic Roundtable—now considering her for membership.

Rodney Young’s stint as CEO of Delta Dental of Minnesota, which recorded 2015 revenue of $1.2 billion, has earned him a significant honor—last year he was elected secretary/treasurer of the national Delta Dental Plans Association, the largest dental benefits provider in the country. Maybe that’s not so surprising, considering he’s closely associated with the cause of improved corporate governance and the movement to make boardrooms more responsive to shareholders. Young was named a governance fellow in 2015 by the National Association of Corporate Directors, an honor described as the “gold standard” of director credentials.

Since he took the helm of the council in 2013, downtown Minneapolis has seen robust development of housing, the U.S. Bank Stadium and the massive Wells Fargo office towers. In 2017, Steve Cramer will be a key actor representing the business community before a liberal City Council that has supported a hike in the minimum wage and mandated sick leave for Minneapolis businesses. Cramer has argued that mandates that only cover the city puts business at a competitive disadvantage. Cramer’s plate is full with other issues, including downtown crime and hands-off policing, office vacancies and a tough retail environment.

In August, the foundation board—consisting of brothers Jim, Bob and Bill Pohlad—chose Susan Bass Roberts to lead their foundation. Addressing chronic poverty in north Minneapolis is a longstanding priority of the foundation. Bass Roberts, who previously led Best Buy’s foundation, will bring new energy and experience to tackling education and employment challenges. While the Pohlads own the Minnesota Twins, Bass Roberts also has some sports experience—she was a VP with the Atlanta Falcons football team. At the Pohlad Family Foundation, one of her key areas of emphasis will be programming that makes it possible for at-risk youth and young adults to complete their education and get jobs.