Wielding considerable power and influence, these leaders are newer in their roles, with a wealth of potential and challenges in front of them.
April 01, 2020 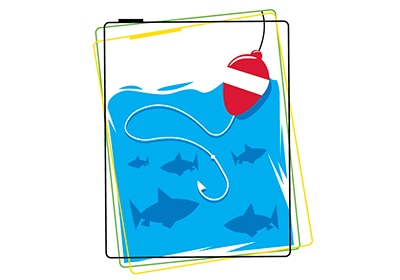 Adam Duininck is quickly learning that running a regional planning and governing body is fraught with drama. Eyebrows rose when Gov. Mark Dayton appointed the former construction worker and labor advocate, who is also the husband of his chief of staff, Jaime Tincher. Soon after he took over, he had to deal with the skyrocketing costs and cumbersome lawsuits around the Southwest light rail project. Duininck has handled the issue deftly and he’s impressed many with his approachability and openness, but he’s got a lot more on his plate, including convincing the Legislature to fund SWLRT, housing and water squabbles with various exurbs, and calls to reorganize and reform the Met Council.

Former Star Tribune publisher Joel Kramer, his wife, Laurie, and three other couples launched MinnPost with personal contributions totaling $850,000. Now its board is hoping that Andrew Wallmeyer, the first publisher of the online news and commentary site, can build a bigger and broader revenue base for the nonprofit. Capitalizing on his background as a business journalist and a McKinsey consultant, Wallmeyer is working to diversify revenue sources and increase reader loyalty through a membership structure similar to public radio’s.

This International Falls native had a quick rise through the ranks of Minnesota’s third-largest bank. Following stints as TCF’s EVP of commercial banking and CEO of TCF Equipment Finance, Craig Dahl was named president of the corporation in March. Five months later, with the news of CEO Bill Cooper’s impending retirement, Dahl was named TCF’s new boss. Cooper immediately endorsed him, citing Dahl as “a vital part of TCF’s success” during the company’s transformation over the past several years.

Glen Taylor’s niece arrived in Taylor Corp.’s CEO office after just four years with the North Mankato company. Deb Taylor has so far met looming expectations with astuteness similar to her uncle’s (whose business smarts led to expansion into more than 80 distinct companies). Two months into her role, and in typical Taylor fashion, she led the charge to purchase Standard Register, a printing and communications company in Ohio, showing that the privately held graphic communications company still has room to grow.

With the perfect surname for a Minnesota leader (though he’s actually a native South Dakotan), Doug Loon was named the Minnesota Chamber’s president in September, succeeding the late David Olson, who had run the chamber since 1991. Loon’s learning curve should be short. He’s been working for the U.S. Chamber of Commerce since 1995, most recently as director of its network of seven regional offices nationwide. During his tenure, Olson was a strong but gracious warrior for Main Street business concerns—education, worker training, and tax and regulation burdens, most notably. Loon will probably follow the same approach, but look for him to put his own stamp on the office.

If Minneapolis has a cheerleader, it’s almost certainly Jacob Frey. The attorney/professional runner-turned-freshman councilmember of the Third Ward—the city’s fastest-growing area, which includes part of downtown, the North Loop, and Northeast—shamelessly celebrates his city’s successes and has been a fierce proponent of increased density and new development. His irresistible quotability (he once said he wanted people “making out furiously” at the future Commons park in Downtown East), affable demeanor and pragmatic approach have quickly made him prominent on the council. Don’t be surprised if he’s among the names bandied about as the next mayor of Minneapolis.

The former Clear Channel Twin Cities operation has vastly slimmed down from its heyday, due to massive cost-cutting brought on by the company’s staggering debt loads, but the broadcaster remains the largest operator in local terrestrial radio and has grown its portfolio of stations (now at nine) with new low-power frequencies and acquisitions. Jeff Tyler’s KFAN, K102 and KDWB are perennial powerhouses, but like all radio execs he will have to grapple with the movement of music audiences to the Internet and MP3 players.

Joe Nayquonabe’s job is to think outside the casino. As the head of Mille Lacs Corporate Ventures, he’s looking for investments for the Mille Lacs Band. In addition to Grand Casino Hinckley and Mille Lacs, and several businesses in and around the Mille Lacs reservation, the band now owns several hotels, including the Intercontinental St. Paul Riverfront and the DoubleTree in downtown St. Paul. While gaming will continue to be the band’s primary revenue driver, Nayquonabe and his team hope to expand its financial clout and diversity.

After spending several years learning the baseball business under Twins president Dave St. Peter, Bob Pohlad’s son Joe has moved over to a management role at the family’s growing media holdings, which include GO 96.3, BringMeTheNews and the newly purchased radio frequency at 95.3 FM. Insiders suspect the younger Pohlad will eventually land back on the baseball side of the family businesses, but they credit him for leading the move to 96.3’s more youth-oriented programming and await the synergies he is able to develop with an audience that baseball and radio have been hard–pressed to lock down.

After Joe Dowling’s 20-year run as artistic director, the Guthrie got new leadership over the summer from Joseph Haj. With extensive acting and directing credentials, Haj’s early choices for stage productions will be scrutinized by patrons for changes in artistic direction. Haj, an Arab-American, is also expected to more fully integrate the Guthrie’s casts and outreach with a broader cross-section of the Twin Cities. The Guthrie noted that Haj, leading a North Carolina repertory company, had “transformed the theater into a place of diversity and inclusion.”

Resnik’s two-year tenure at the iconic south Minneapolis co-op does not qualify him as a newbie, but the former General Mills exec has used his short time at the member-owned grocery to make decisive calls. In 2015 it ended its Gardens of Eagan organic farm operation, opened a stand-alone prepared food emporium (Wedge Table) on Nicollet Avenue and has embarked on a top-to-bottom renovation and expansion of its Lyndale Avenue flagship. Resnik speaks the language of both food business and food movement types, and observers expect the Wedge to maintain its high profile and innovation in the burgeoning food co-op sector.

The IRRRB distributes much of the iron ore production tax revenue paid by northern Minnesota mines, with an eye toward diversifying the Iron Range economy. It’s a state agency, but one with a unique structure, and many outside the Range think of it as an old boys’ fiefdom that hasn’t fulfilled its mission. Mark Phillips, a native Ranger, stepped into this difficult territory a year ago. During Gov. Mark Dayton’s first term, he was commissioner of the Minnesota Department of Employment and Economic Development. Rangers and legislators will be watching closely to see what kinds of economic development projects Phillips and the IRRRB support—and how they’ll weather the latest round of tough times in northern Minnesota.

While no one was paying attention, Minneapolis-based Ability Network has become big business: a large health IT company that processes Medicare payments for health care providers. The privately held firm, which now has a workforce of more than 450, drew an eye-popping $550 million investment in 2014. Mark Pulido, who joined Ability’s board in 2011, was tapped in August to take over for Mark Briggs, who steered the company’s recent growth. Pulido brings deep industry experience with more than three decades of health care leadership. His challenge? To nimbly keep the company on course as it continues to steadily grow.

When Michael Rousseau takes over as CEO of St. Jude Medical in January, the hope is he’ll provide a smooth transition from longtime CEO Daniel Starks. That seems likely given that Rousseau has played a key role in the medical device maker’s remarkable C-suite stability, in an industry known for leadership turmoil. Rousseau comes from the COO’s office, where he’s been working on integrating the operations of St. Jude’s four global product divisions.

This prodigious minor league slugger turned Twins cleanup hitter garnered Rookie of the Year votes from around the league—a remarkable feat considering he played only half the regular season. With 18 home runs and 52 RBIs in just 80 games, Miguel Sano’s power was reminiscent of Justin Morneau’s 2006 MVP season (34 homers, 130 RBIs) or fellow Dominican Republic native and former Twin David Ortiz’s storied career. Boasting one of the club’s top three jerseys in sales, Sano seems destined to be a longtime fan favorite.

Ninan Chacko should have no trouble marketing Plymouth-based Travel Leaders Group, a $20 billion privately owned travel agent franchisor. For the six years prior to taking the helm in 2015, Chacko was CEO of PR Newswire. Before that, he was a founding member of a buyout management team that acquired global reservation system Worldspan from Delta, Northwest and American Airlines. We wouldn’t be surprised to see a revamped emphasis and possibly acquisitions under his leadership.

Robert (Bob) I. Bonar had some big shoes to fill when he took over Children’s Hospitals and Clinics of Minnesota from the retiring Alan Goldbloom last year. Goldbloom’s success at building Children’s Minnesota into one of top pediatric health care facilities in the country is legendary, and Bonar says his first year at the helm has been about listening and learning. Now settled in, his progress at adapting Children’s pediatrics leadership to a changing health care environment will be watched closely.

Tina Smith has emerged as the most visible and powerful lieutenant governor in modern Minnesota history. After Smith served as Gov. Mark Dayton’s chief of staff during his first term, Dayton chose her to be his running mate for a second. While many lieutenant governors labor in obscurity, Smith has been representing the governor on first-tier projects and issues, such as the Destination Medical Center project in Rochester, early childhood education and economic development. Could she could become Minnesota’s first woman governor? The Star Tribune examined a potential candidacy in a lengthy October profile.

As the new president of the Northland Foundation, based in Duluth, Tony Sertich is marshaling philanthropic resources to strengthen the northeastern Minnesota economy and social fabric. But he didn’t rise from the ranks of the nonprofit sector. Sertich came from the front lines of the public sector where he engaged in tough debates over how best to use taxpayer dollars. A former Minnesota House majority leader and commissioner of the Iron Range Resources and Rehabilitation Board, Sertich was recently appointed by Gov. Mark Dayton to serve on the Minnesota Sports Facilities Authority board, which has faced dissension over leadership powers.

Zarir Erani replaced CEO John Fredricksen at Sun Country this summer. Little is known about the former Hallmark Business Connections executive, including the rationale for his hiring and Fredericksen’s move into a labor relations role. Owned by the media-shy Davis family (Davisco, Cambria Holdings), historically volatile Sun Country has seen a decent stretch of sustained profitability but is laboring under intense competition from ultra-low-cost carrier Spirit Airlines. With new labor contracts for pilots and flight attendants, Erani will be able to focus on the airline’s competitive situation rather than issues of morale and labor overhead uncertainty.