We Started by Disrupting the Status Quo
April 01, 2020 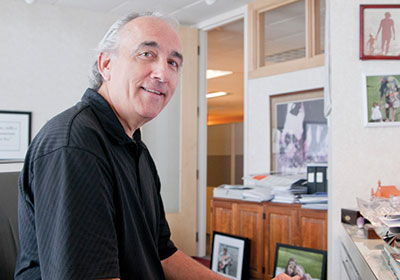 The Twin Cities was awash in regional business press in the 1970s and ’80s. Aside from an uninterested daily newspaper whose business reporters seemed to despise their subject, Minneapolis was home to the largest regional business magazine in the nation and a rapidly expanding weekly business journal enterprise. Lucky for the local business community? Not so much. By the late 1980s the business press had degraded to a point that it was driving people crazy with negative stories, ill-conceived coverage and perspective that often missed the point.

Being business owners ourselves, we knew the life of an entrepreneur was an exciting as well as a risky business. The local players, many of whom we knew personally, were colorful, smart, and dynamic individuals willing to gamble their money and careers to make great things happen. Doing business was one part poker and two parts chess—a contact sport. Above all, it was not the boring spreadsheet or the evil empire portrayed in the media. For us, business was, and is, the Wild West—exhilarating, rich with drama and action, and rife with lessons and stories.

Recalling Forbes magazine’s legendary theme line “The Capitalist Tool,” we bet the house on a bold, new business concept. We aimed for our roll of the dice, Twin Cities Business Monthly, to be an instructive, illuminating, and inspiring resource for Minnesota businesses. As we hit the street with our plan, the street responded with an understandable wait-and-see skepticism, followed by an encouraging hum of hope that we might just pull it off. Prospective advertisers wondered how our band of gypsies would unseat the big dogs, decades-long incumbents in possession of momentum, bragging rights, and traction.

With an insurgency, that’s how—your basic garden-variety disruption of the status quo.

It started with defining and building the perfect reading audience for advertisers—30,000 senior managers whom we knew to be purchasers of products and services. Because “shock and awe” selling was going to be critical to our success, we hired the competition’s sales staff. Renewed, they sold with a fury, enabled by megaphone messaging and a no-quit work ethic. We became Jack the giant slayer, and the annoyed giant fueled the fire in the local press by bellowing “Bring it on.”

We blew into the market doing out-of-the-box, unexpected things. Our first cover subject was baseball Hall of Fame star and larger-than-life St. Paulite, Dave Winfield; it raised some eyebrows. The magazine was oversized, sporting huge photos, bold headlines, and mountains of buzzy business coverage; more eyebrows. We drenched our prospects with daily promotional messaging—big, loud, and red; heads turned. Our days were jammed with back-to-back sales calls and nights filled with entertaining advertisers and local movers and shakers. We wore the magazine on our sleeve with unabashed optimism, laying out our plan with passion and purpose to business owners hungry for change. We told them our magazine would be laced with people they knew and business celebrities they admired. We promised we’d be heavy on trend, marketing, and know-how. We’d be positive and find stories that inspired and informed. It was becoming obvious we meant business, and advertisers finally responded with “We’re in.” The competition derided our business advocacy as chamber-of-commerce journalism. They accused us of kissing up to business. They said we’d be gone in short order. And we kicked their ass. Were we scared? Every minute of every day. We lost a lot of money. The bank watched closely, swooping in each time we got within spitting distance of violating even the most trivial loan covenant. But the losses ended that first year and we never looked back.

Twenty years later we remain Minnesota’s own “capitalist tool.” Seems like only yesterday we were clawing and street-fighting our way to becoming the undisputed champ among local business media. Along the way we became a champion for smarter, better, and more successful businesses in Minnesota.

Still scared? Absolutely! I’m not so sure that a healthy amount of fear doesn’t drive us all to better things and greater success. We’re also tremendously appreciative of you. We wouldn’t be here today patting ourselves on the back without your trust and support. We remain your champions, my friends, and we mean to go on and on and on.

—Gary Johnson is the president of MSP Communications, the parent company of Twin Cities Business.