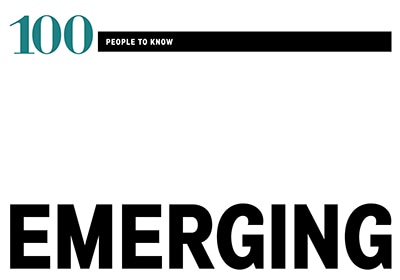 In March, the Science Museum selected Alison Brown as its new leader, the first female to hold the position. Brown’s museum management pedigree is impressive. For 17 years she served as chief of staff and CFO of the California Academy of Sciences in San Francisco, the only natural history museum with a planetarium and aquarium. Though she’s certainly devoted to science and education, her successes in the areas of strategic development and audience-building are equally compelling. During her tenure in San Francisco, attendance doubled, membership tripled, new facilities were built and the academy established itself as one of the top science museums in the country. Here’s hoping she can do the same here.

Angela Heikes took the baton this fall from the legendary Ed Stevenson, who helped build the Mystic Lake gaming empire into a nationally influential colossus. She inherits an operation that has been so far immune from the diminishing returns afflicting tribal gaming nationwide. Whether she can build on her predecessor’s legacy is an open question, as tribal gaming prepares to pivot to a millennial generation that has shown little affinity for its bread and butter, the solitary passions of their parents: slot machines and video poker.

Brian Ryks, who started his airport management career in 1986 as a MAC noise technician, was appointed in May to succeed Jeff Hamiel, who led the MAC for decades. Before assuming the post, Ryks worked at airports in Aberdeen, S.D., St. Cloud and Duluth, Denver and Grand Rapids, Mich. He has taken the leadership mantle at a time of considerable change. In October, Terminal 2 (formerly the Humphrey Terminal) opened four new gates. The larger Terminal 1 is in the midst of a five-year, $200 million renovation project to modernize the older building and increase efficiency.

Daniel Florness has big shoes to fill after being appointed in January as president and CEO of Winona-based Fastenal, a year after Harvard Business Review named it one of the world’s 10 best companies in CEO reputation. (Its former CEO and present chairman, Willard Oberton, joined Fastenal in 1980 and worked his way up to CEO by 2002, holding the title through last year.) Fastenal became one of the most respected companies on Wall Street for leadership—and financial performance, which is where Florness comes in. He joined the company in 1996 as CFO and stepped into EVP and treasurer roles in 2002.

David Herman became CEO of this Duluth-based health care system—a nationally accredited accountable care organization—in January 2015. Like all leaders of health care systems, he’s dealing with the challenges of high costs and an uncertain insurance environment. In addition, the territory Essentia covers has a notably aging population, and many of its residents live far from clinics and hospitals. That could well require Essentia to offer more telehealth options and perhaps push for stronger broadband in these digitally underserved areas. Though founded in Duluth, Essentia has facilities in Wisconsin, North Dakota and Idaho—where there may well be more opportunities to expand.

In 2013, Dai Thao was the first Hmong person to be elected to St. Paul’s City Council. He represents Ward 1, which includes the Thomas-Dale and Summit-University neighborhoods. In 2017, Thao will see results from council actions that he supported in 2016, including building a Major League Soccer stadium in St. Paul. He expects adjacent development that broadens the city’s tax base. A father of three, Thao advocated for a mandatory paid sick-leave policy in the city. The new ordinance takes effect on July 1, 2017, and most St. Paul employers are subject to it.

Derek Falvey joined the Twins as this issue went to press, coming from the ascendant Cleveland Indians, who were one hit from defeating the Chicago Cubs days earlier in the World Series. He will need all his scouting prowess and baseball analytics savvy to rebuild a drafting and player development system so distressed that it led to the unimaginable ouster of beloved General Manager Terry Ryan and capped half a decade of underperformance with Major League Baseball’s worst record in 2016.

It’s been a year and a half since Doug Loon took the reins as chamber president after the passing of long-time president David Olson, and he’s already flexing the organization’s muscle. Having served as a director of the U.S. Chamber of Commerce since 1995, he knows how to effectively lobby for the interests of businesses. He will use other forums as well, as he has done in his lawsuit against the City of Minneapolis for passing a paid sick-leave ordinance. In 2017, expect to see him pushing for business tax cuts, bonding and comprehensive transportation bills, and pushing back against a growing chorus of progressive activists and politicians putting forth local workforce mandates.

Elected in 2015, Larson succeeded popular two-term mayor Don Ness. She’ll be building upon the Zenith City’s turnaround that Ness guided. While her predecessor tapped her to succeed him, the St. Paul-born Larson won’t merely be Ness 2.0. She wants to boost the city’s arts economy, including its “working arts”—small craft businesses like brewers and cut-and-sew manufacturers. At the same time, she’s pushing to improve Duluth’s infrastructure for a growing elderly population. With an energetic style, Larson calls herself a “get-it-done” mayor. (Read more about Larson in Northern Exposure)

Recruited back to the Wolves by owner Glen Taylor after a successful stint at the San Francisco 49ers, Ethan Casson is charged with refreshing the Wolves’ business operations. His presence means new business-side leadership joins new basketball leadership and soon a new Target Center, as Taylor implements his plan to modernize all aspects of the Wolves/Lynx operations. Taylor told TCB his goal was to bring cutting-edge practices to a business with precious little executive turnover in many years.

Garry Jenkins arrived at the U’s law school at a pivotal time. Declining enrollment has hit law schools everywhere; the U’s program has tapped general operating budget funds to cover losses. Jenkins, a Harvard Law School graduate, brings some Wall Street savvy to the U: He has served as COO and general counsel for the Goldman Sachs Foundation. More recently, he was associate dean of academic affairs for Ohio State University’s Moritz College of Law. In Minnesota, Jenkins—who has a reputation for collaborative leadership—has already begun connecting with the local legal and corporate community.

The new CEO of Hormel, James Snee, has a tough act to follow. Since 2006, under former CEO Jeffrey Ettinger, Hormel’s stock price increased nearly fivefold. Ettinger leaves the multinational manufacturer and marketer of consumer-branded food and meat products, including iconic Spam, with record third-quarter 2016 net earnings of $195.7 million—up 33 percent from the prior year. In keeping with recent tradition, Snee’s challenge in 2017 will be to grow Hormel’s top line by at least 5 percent and its bottom line by 10 percent on top of 2016’s phenomenal numbers.

For theater-watchers locally and nationally, the selection of Jennifer Bielstein to complete the Guthrie’s management team was the final indication that the region’s flagship theater is in extraordinarily good hands going forward. Bielstein cut her teeth in the Chicago theater scene, and for nine years managed the prestigious Actors Theatre of Louisville, which runs the annual Humana Festival of New American Plays. She is widely regarded as one of the stars in the field right now, and the hope is that her strong administrative leadership will give executive director Joseph Haj greater freedom to focus on artistic development.

Jonathan Weinhagen started his career sweeping the floors at family-owned Weinhagen Tire Co. and spent over a decade as its sales and marketing manager. He’s been on a tear since 2010, taking more public roles including joining the St. Paul Area Chamber of Commerce, and becoming a school board member in the Mounds View district and a director at networking nonprofit Pollen. In October, the Minneapolis Regional Chamber of Commerce snatched him away from the east metro. He’ll have a chance to show off his chops in the metro’s biggest city.

In light of the 2015 merger of William Mitchell College of Law and Hamline University School of Law, Mark Gordon arrives at a key time as the first dean of the combined colleges. As the legal market changes, he believes that legal education needs to keep pace. Mitchell Hamline is seeing strong demand for its hybrid curriculum, a unique program nationally that allows students to complete up to half of their coursework online. He’s also looking to the medical school model, creating “residency” programs for third-year law students. Gordon is emphasizing hands-on experience and training to give students an edge in the job market upon graduation.

After three years as CEO of the St. Paul Public School system (SPPS), Michelle Walker is hoping to make a greater contribution to closing the racial achievement gap in the Twin Cities with her new role as executive director at Generation Next, which she assumed mid-October, succeeding R.T. Rybak. Throughout her time in St. Paul, Walker served as a member of Next’s leadership council, facilitating collaborative projects to ameliorate the achievement and opportunity gaps in the Minneapolis and St. Paul school systems, building invaluable ties for the work ahead.

Named president in January, Paul Marvin represents the Marvin family’s fourth generation. His company is one of the state’s most durable and remarkable family businesses. And though it has several facilities outside Minnesota, it’s still headquartered in tiny Warroad, just a few miles from the Canadian border. Marvin Windows and Doors is known for innovation, its dedication to Warroad and its employees, and the high number of family members who work in the business. Paul Marvin ran his own bus transit company in the Twin Cities before moving back to Warroad a few years ago. That entrepreneurial sensibility will benefit this long-established family business going forward.

Gov. Mark Dayton tapped Shawntera Hardy to lead DEED in April; she previously served on the governor’s leadership team as deputy chief of staff. Hardy brings a strong mix of business and nonprofit experience: At HealthPartners, she was manager of government relations. She has also owned and operated two small businesses. Dayton and Hardy share a goal of eliminating racial economic disparities in the state, which has emerged as a cornerstone issue for Dayton. The work has begun: In October Hardy tapped Liberian native Kolu Wilson to lead the new Office of Economic Equity and Opportunity.

In June, Bachman’s tapped fifth-generation family member Susan Bachman West to succeed Paul Bachman as the Minnesota-based floral and garden store’s new president. Bachman West is also the first woman in the family to run the show, but she’s no neophyte. She started at Bachman’s as a teenager, and since joining the company full-time in 1997, has held numerous management positions, most recently as vice president of perishable merchandising and floral design. West is the great-great-granddaughter of Bachman’s founders Henry and Hattie Bachman, who started the company 131 years ago. 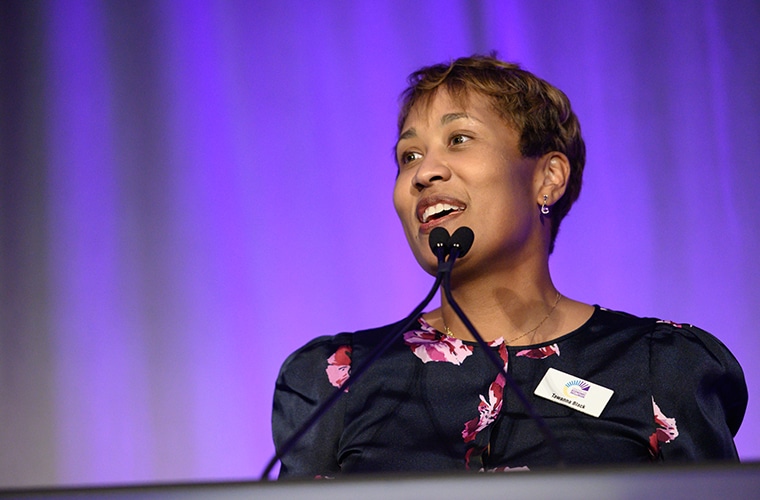 Tawanna Black leads Northside Funders Group, which is trying to bring a new collaborative philosophy to neighborhood philanthropy. North Minneapolis has been grappling with economic disparities for decades. Collectively, the foundations and corporations that are members of Northside Funders invest $12 million to $17 million annually in local programs, but were seeing mixed results. Northside Funders looks to bring focus to funding through targeted, coordinated investments. As an engaged and involved leader, Black is bringing a higher profile to Northside Funders and its work.

Tony Barranco
Vice President of Development
Ryan Cos. US Inc.

When VP of development Rick Collins left Minneapolis in 2014 to lead Ryan’s Phoenix office, he left some big shoes to fill. Ryan tapped Tony Barranco to take over Collins’ role. Developers need a combination of business acumen and street smarts to artfully balance the interests of clients, project partners, city officials and nearby neighbors. Barranco brings plenty of both. He led Ryan’s $450 million Downtown East project, anchored by two new Wells Fargo office towers. On the other side of the river, Barranco guided development of Vintage on Selby, a mix of new apartments with a Whole Foods grocery.