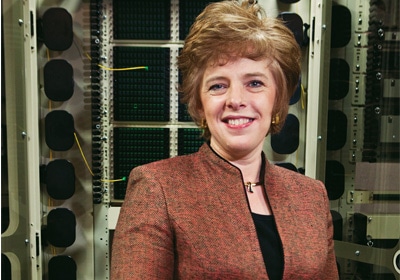 I was working in the marketing department of a $50 million tech firm in the late ’80s. After my boss left to lead a division in another city, I was the most senior member of the marketing staff. I was essentially running the operation without the title. Soon after, I was walking down the hall past the president’s office and heard him say to the COO, ‘A woman will never run marketing in my company.’

I was shocked. I knew he was talking about me. I took a deep breath and swallowed hard. Never in my wildest dreams did I think that that kind of world still existed. I had never come across a situation where it made any difference if I was male or female. Three weeks later, there was a man running marketing, and I didn’t have a job anymore.

I considered pursuing legal action but decided it was more important to prove myself in performance rather than in a courtroom. I took that comment as a personal challenge to prove myself and to make sure that their decision was going to be their loss. Within a month, I had a better position, where I helped grow the revenues from $8 million to $80 million over four years.

That experience gave me the opportunity to serve in a broader role in the next company I joined, gaining valuable management experience. As a result, I had the credentials and background to serve as a division president and now the CEO of a publicly traded firm on the Nasdaq Stock Market.