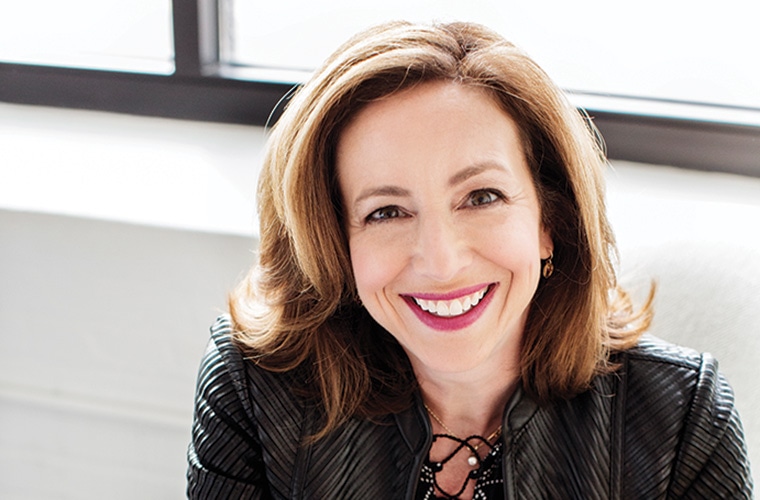 After binge watching The Office this summer, my 13-year-old son tagged along to the TCB office one day. (“Who is the ‘Dwight’ around here?” he asked, at which point I sent him to the vending machine, hoping to change the subject.)

I put him to work sorting stacks of magazines that had piled up at TCB over, well, 25 years. He examined a 2002 cover photo of a phone dangling from a cord as if he’d unearthed a relic from the Stone Age. He chortled at a 2000 cover that asked: “Can You Fire This Guy?” next to a photo of a man with ’80s metal band hair and a nose piercing—wearing a suit and tie. He astutely observed, as he spread several years’ worth of magazines on the floor, that there wasn’t a woman featured on the cover in the bunch.

Much has changed since TCB published its first issue in September 1993. My son thinks success is being a YouTube influencer who turns millions of views into millions of dollars in endorsement deals. He watches Shark Tank for fun, and when I cap the screen time, he and his younger brother pitch their own business ideas and want me to decide which one I’d fund. Angel investors weren’t something I’d ever considered when I was his age, pecking at a word processor, dreaming about working for The New York Times.

Twenty-five years ago, most students—myself included—aspired to work for the big companies and institutions. The successes and challenges of those organizations were the foundation of this magazine’s coverage. And big businesses continue to be crucial—creating jobs and industry, drawing talent to Minnesota, supporting our cultural organizations and other nonprofits, and punctuating shifting societal norms with moves like the recent appointment of Beth Ford as Land O’Lakes new CEO and first openly gay woman to lead a Fortune 500 company.

But even the big guys are thinking more like startups today: Target incubates tech companies; Cargill invests in ag disruptors. There’s respect and demand for constant change and new approaches.

So we’re changing, too. Perhaps you noticed our updated logo (the top-notch work of longtime art director Chris Winn). MSP Communications president Gary Johnson, one of TCB’s founders (whose no-holds-barred history of the magazine is a must-read), is an advocate for intentional change. “Make sure you know why you’re doing it,” he’s been known to advise. And we do. We want to reflect the entrepreneurial attitude in business today. Ask tough questions. Stand out. Inspire conversation.

“It looks kind of old,” was my son’s unsolicited opinion of the new logo. It’s true—there is a bit of a retro vibe to it, and that’s what we love about it: the opportunity to embrace something new and slightly unexpected while paying homage to our roots. TCB has always been a champion of the good that businesses can do; it’s interesting how that perspective—novel in media 25 years ago—is even more relevant today. Start-up founders are our new rock stars—the people my son wants to emulate.

In the coming months, we plan to introduce you to more business founders—up-and-coming and established—and share both their advice and their struggles. You can also expect more stories about diversity and technology, marketing and leadership, across the entire TCB ecosystem: magazine, website, social media, newsletters, and events.

We will continue to ask TCB’s all-time favorite question as the business landscape continues to evolve: Why? And the essential follow-up: What does it mean? But you’ll also see executives sharing their favorite books and phone apps and talking about how they juggle busy careers with their personal lives.

Since I’m nearly as new to the magazine as the logo is, I worried a little that some of my instincts were too “soft” for TCB. Then I talked to the magazine’s first editor and former publisher, Jay Novak, who told me his most popular column ever was about last-minute Christmas shopping advice for men. Founding publisher Burt Cohen encouraged me to tell more stories about failure.

We’re all human. It’s important to remember that in these high-stress times, when it’s so easy to view life and business through a filter of unattainable perfection. It’s important to acknowledge where we came from and the obstacles we’ve overcome so we can better appreciate where we’re headed. We learn the most when we’re being open and honest about what it really takes to succeed.

To that end, on behalf of the TCB team, I hope you’ll join us Sept. 5 at Radisson Blu Minneapolis (tcbmag.com/events) to celebrate the leaders and companies that have shaped the past quarter-century of Minnesota business, and meet some of the rising stars—the ones sure to inspire my son and his peers over the next 25 years, and beyond.