Big Winners In The Great Recession 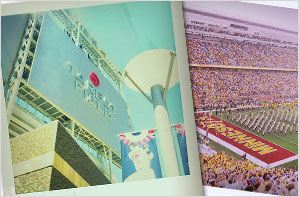 This just in: The team’s new stadium, Target Field, has been a towering grand slam. It helps, too, that the team has been competitive. Early in the season, the Twins announced they’d sold more tickets (2.5 million) by March 25 than they had for all of 2009. Touch ’em all!

The Twins aren’t the only big winners thanks to Target Field. According to the Minneapolis Downtown Council, the ballpark has added millions to the tills of downtown hospitality businesses—and probably increased the team’s value as well. And Metro Transit reports increased ridership on the light rail. There’s still some bitterness about the public financing of the field, but most of us are on board now.

In May, Forbes magazine dubbed Dolan, founder and CEO of Minneapolis-based publishing and legal services firm the Dolan Company, “Mr. Foreclosure.” After selling his data-gathering business to U.K.–based global communications giant Reed Elsevier in 2006, Dolan took the money and started purchasing back-office legal operations handling foreclosure work, which includes notifications to homeowners and courts, as well as filing the paperwork needed to seize a house.

We’re glad that Dolan’s company has several other divisions: While the foreclosure business will probably prosper for a while longer, we’re hoping it won’t flourish too long.

Too many people are still out of work, but they still need to eat. And even those of us with jobs have gotten more cautious with our cash. That means fewer nights at restaurants (which generally didn’t have a good recession) and more cooking at home.

• General Mills and Hormel have been the beneficiaries, particularly since both also produce easy-to-make packaged meals and ingredients for partially-from-scratch dinners. For its fiscal 2010 (ending May 30), General Mills’ revenue was up .7 percent (to $14.7 billion)—net earnings were up 17.3 percent (to $1.3 billion).

Hormel’s fiscal 2009 (which ended in October) saw sales revenue and volume off from the year before, but its first quarter of 2010 showed record earnings and sales, with four of its five business segments reporting double-digit profit gains. Early this year, the company opened its first “from-the-ground-up” plant in 10 years, in Dubuque, Iowa.

Money’s been pretty tight at the U of M, but it did get a couple of big projects built. TCF Bank Stadium got most of the attention, of course. But the U’s Medical Biosciences building, which opened in October, is a key component of an ongoing, $292 million development—the creation of an on-campus biomedical research park. The objectives: Make university- developed technology the basis of more start-ups, and make Minnesota more of a biotech player worldwide.

Speaking of Mr. P: Two Petters companies that were liberated after his downfall look like they’re turning around.

With the sale of Northwest to Delta Air Lines, Sun Country is now Minnesota’s only home-state-headquartered airline. The collapse of Petters’ house of cards meant a spell of bankruptcy for the locally based carrier. It emerged this summer in air-worthy shape, adding new routes (including Twin Cities–London), turning a profit, and starting a travel division staffed largely by seasoned refugees from Hobbit Travel, which shut down last year. There’s been talk of a sale (Petters’ creditors own a big chunk of Sun Country), but it’s not stopping the airline from taking off.

Nearly a year and a half after being pulled out of bankruptcy (and away from Petters) by an investment group comprising private equity firm Hilco Consumer Capital (based in Toronto) and retail-liquidation consultant Gordon Brothers Group (Boston), this once-legendary company is making intriguing moves. Now headquartered in Minnetonka, Polaroid has licensing agreements to put its name on more than 150 products, and has reintroduced its famous instant cameras. Perhaps its biggest deal: signing on pop diva Lady Gaga as a “creative director” to help develop new photo-imaging products. The bad romance between Petters and Polaroid is now ashes; Polaroid could be rising like a phoenix.