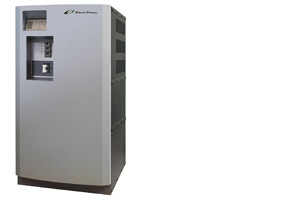 The recession—along with state and federal tax incentives—has given rise to some potentially bright, shiny developments that could help make solar power more efficient and (in time) more cost effective.

• Bloomington-based TenKSolar is introducing a new style of solar panel called the RAIS Wave, whose distinctive structure and reflective surfaces (very unlike standard flat panels) are designed to keep pumping out sun juice even if one of the photovoltaic cells malfunctions. (Read more about TenKSolar in “Starters, pages 10–18.)

• One of renewable energy’s challenges is coordinating generation with need. Wind doesn’t always blow when power’s needed, and the sun doesn’t always shine. Silent Power, a start-up company based in Baxter, has developed technology that “stores a percentage of that solar energy that’s being produced at the home or business and then releases it in the afternoon, when the utility demand is the greatest,” company CEO Todd Headlee says. Silent Power’s On Demand system is getting intense interest from utilities and state governments across the country.