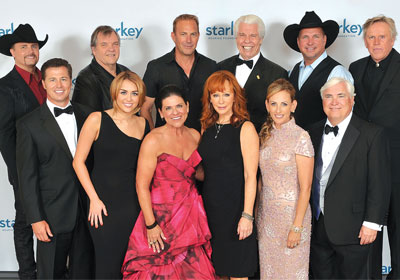 If you measure the impact of a corporate event based on the sums raised and the stature of the guests who attend, then Starkey Hearing Foundation’s annual summer event is beyond compare. SHF is the charitable arm of hearing-aid developer Starkey Laboratories, and last summer’s gala, for example, raised $7-plus million and attracted Bill Clinton, Kevin Costner, Miley Cyrus, and more. Starkey CEO Bill Austin has taken some heat for the percentage of CHF’s fundraising that goes to expenses, but there is no denying this is Minnesota’s highest-profile corporate charitable event.