The often unheralded leaders who toil in relative obscurity or facilitate the success of CEOs and organizations they represent.
April 01, 2020 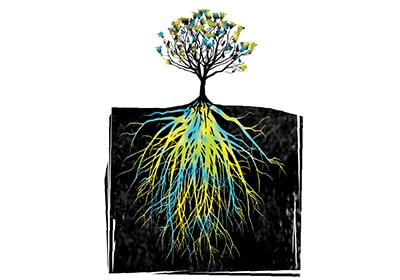 After Padilla Speer Beardsley acquired Richmond, Va., public relations firm CRT/tanaka late in 2013, there were bound to be changes, and one came last year when executive creative director Dave Schad exited. But his replacement, Aussie expat Heath Rudduck, ex-CCO at Campbell Mithun, brought a proven track record of digital creativity and is being counted on to become a key figure in PadillaCRT’s evolution into a “holistic” provider of client services across traditional and digital channels.

Jim Damiani is a dealmaker. Colleagues and competitors know Damiani as a savvy industry veteran and one of the top office brokers in local commercial real estate. In 2014, Damiani brokered more than 562,000 square feet of deals, making him among the busiest brokers in town. In one high-profile transaction, he represented Weber Shandwick in a deal that will move the marketing firm from Bloomington to the heart of downtown Minneapolis in 2016—a 45,000-square-foot lease at the 510 Marquette building.

JoAnna Hicks knows urban real estate. Prior to joining Minneapolis-based Ackerberg in 2010, Hicks worked with Minneapolis-based Neighborhood Development Center and later Ryan Cos. In her current role, Hicks leads the investment team for Ackerberg. Front-burner projects include refining the retail mix at Calhoun Square, which Ackerberg acquired in 2014, and pitching MoZaic East, a planned sequel to the firm’s successful Uptown office project.

After sitting across the table from Northern States Power Co. in the 1990s as a Minnesota utility regulator, Judy Poferl crossed the aisle in 1998 for roles in regulatory and government affairs. Since then, her rise through the ranks of Xcel Energy, NSP’s successor company, has been steady: In 2009 she was promoted to president and CEO of the NSP-Minnesota unit, and in 2013 she became corporate secretary and chief of staff to CEO Ben Fowke. In that role she remains a key behind-the-scenes player at Xcel.

Vikings owners Zygi and Mark Wilf will be in the spotlight when the new $1.1 billion stadium opens in 2016, but it’s Lester Bagley who took the political slings and arrows during the decade-plus quest for funding; taxpayers are covering about half of the cost. Bagley was the point person in building a winning political coalition. Now he and fellow Eden Prairie-based Vikings executives have their eyes on developing a new headquarters and practice fields in Eagan.

Mike Ohmes started in the trenches for Bloomington-based Cushman & Wakefield/NorthMarq as an office broker in 1991, as the industry was emerging from a recession. Throughout the ’90s he was a top performer and he was tapped to oversee the company’s brokerage business in 2000. As the business has gone through name changes and business combinations—including a local joint venture with global player Cushman & Wakefield in 2011—Ohmes continues to lead the firm’s brokerage division, now one of the largest in the metro.

To assume Nate Kranz’s involvement in the Minnesota music scene is exclusive to First Avenue isn’t just a misconception, it’s an understatement. This year, he and his First Ave. crew hit a high note, expanding into promotions work for other venues, promoting about 1,000 shows (half of them spread outside the metro, from Shakopee to Duluth). After 17 years with First Ave., Kranz is also injecting new life into establishments like St. Paul’s Palace Theater, which will soon reopen its doors after 30-plus years.

Developer and dealmaker Ned Abdul has become a formidable player in local real estate circles. This spring, Swervo sold three buildings—including the renovated 510 Marquette—for $87.5 million to San Francisco-based Spear Street Capital. He’s acquired the former Nate’s Clothing building in downtown Minneapolis and the vintage Walker Library in Uptown. All eyes are on his $6 million purchase of the Minneapolis Armory; he plans to convert the building into a concert and event space in the emerging Downtown East area.

Rick Trontvet has been a tireless advocate for economic development in northwestern Minnesota, particularly its manufacturing sector. (He’s been equally passionate about working to improve the viability of Thief River Falls’ “underutilized” airport.) In October, Trontvet added to his workload by starting a one-year term as chair of the Minnesota Chamber of Commerce. He plans to focus on improving the state’s “tax competitiveness,” minimizing local workforce mandates that are out of sync with state guidelines (such as cities raising their own minimum wage) and working for a steady, non-tax source of statewide transportation funding.