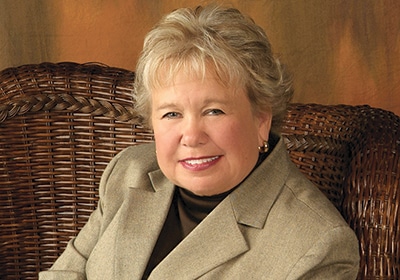 Intent on building a highly specialized cardiac care program for seniors, Barb Rode sent a team of nurses to the Bronx.

Rode entered health care over four decades ago as a nursing assistant and was drawn to senior care after dissatisfaction with the services her father received in his sunset years. For the past 14 years, she has led Saint Therese, which provides a “continuum of care” for 2,000 seniors annually, from independent apartments to bereavement services, at campuses in New Hope, Brooklyn Park, Shoreview and soon Woodbury.

Senior care facilities typically handle a spectrum of conditions, but few specialize, says Rode. A market study she commissioned suggested creating a specialty program within Saint Therese’s transitional care unit (TCU), which primarily serves patients who have been recently discharged from hospitals but need additional medical services before returning home. Knowing that heart disease is a leading cause of hospitalization and death, Rode decided to home in on cardiac care.

Saint Therese debuted its specialty program in 2012, and cardiac patients admitted to its TCU now receive a “holistic” review of their unique needs. They’re given detailed brochures and other instructions, including breathing techniques, appropriate activity levels and signs of cardiac distress. The role of dietitians, who work one-on-one with patients to build heart-healthy diets, has been “radically increased,” says Rode. Weekly chart reviews help identify issues like dehydration concerns and weight changes. An on-site pharmacist provides detailed medication information and allows patients to buy equipment, such as digital scales, upon discharge.

During its first two years, the program cut cardiac patients’ average length of stay from 37.5 days to 22. Last year, that saved residents $547,400 in co-pays and saved Medicare $1.4 million, says Rode.

“It’s a better continuity of care going through the system,” she explains. “That’s what’s helped us reduce the length of stay—we’re able to follow them closer, where before, they stayed the complete time because we weren’t providing the education, we couldn’t do the EKGs, we didn’t have special training on specific medications.”

The program’s $128,500 in startup costs were quickly offset: Saint Therese increased admissions by 79 residents within a year, generating $908,974 in new revenue, says Rode. More than 500 patients completed the program in its first two years, and beefed-up marketing to hospitals and clinics is boosting professional referrals.

Patients now watch an educational video before they are discharged. They then receive a home assessment from an occupational therapist and four follow-up calls from a social worker. The hospital readmission rate for Saint Therese’s cardiac patients had been 18 percent, in line with the national average for Medicare patients. It has since plummeted to 11 percent, and fewer re-hospitalizations have saved Medicare and UCare about $120,650 in the past year, Rode estimates. Ninety-one percent of the program’s patients rated their stay as “above average” or “excellent.”

“The biggest learning curve” was determining which data to track, says Rode. For example, Saint Therese previously monitored length of stay for all patients but did not break out cardiac care. However, Saint Therese had “absolutely no pushback” from staff during rollout; in fact, staff retention has catapulted from 74 percent to 96 percent. “That’s from getting the nurses more education, which they love,” says Rode. “To focus on something like that improves their quality of work life, because they feel more confident and more specialized.”

The program costs Saint Therese about $15,000 annually for new and continued training, plus about $13,000 for marketing. Other costs include ongoing market research and EKG equipment rental. But “the benefits of not having to recruit nurses because you’re really enhancing what they like to do—those things add up to dollars,” says Rode. And, she notes, Saint Therese is already being sought by other peer groups who want to see how they can start specialty cardiac care. The model is applicable to other conditions, too; Saint Therese is eyeing a diabetes specialty next.

“If we could do it for all diseases and conditions, we’d have a great program,” says Rode. “But these are the first steps in really looking at senior research care, how you really care for a certain disease and follow it all the way through, all the way into the home.”

In July, nurse Jillian Deschenes noticed that the characteristics of her patient’s heart rate differed from previous days; it turned out to be a case of tachycardia, a potentially dangerous accelerated heartbeat. She notified a doctor, who used Saint Therese’s equipment to perform an EKG on-site and could then tap the facility’s on-site pharmacy to order new medications and change existing ones. Deschenes’ expertise in cardiac care, coupled with the ability to perform each action efficiently and on-site at Saint Therese, helped avert a potential re-hospitalization (or other more extreme outcome).

Senior care system Saint Therese created a highly specialized program for cardiac patients in its transitional care unit. Specially trained nurses, therapists, dietitians and other parties tailor care to each patient—from the moment they begin the program until months after their discharge—to provide superior care, reduce length of stay and decrease re-hospitalizations.