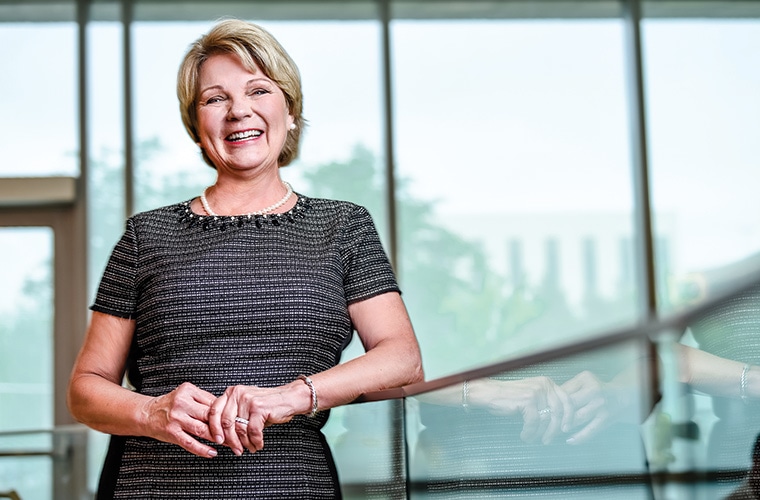 To remain competitive in an industry with median operating margins in the 2- to- 4-percent range, health care systems have been expanding and reinventing their business models. At Minneapolis-based Fairview Heath Services, longtime board member Ann Hengel has helped provide a competitive edge.

As a member and now as chair, a role she assumed in January 2017, Hengel has been instrumental in ensuring Fairview remains financially sound. She’s helped make sure the health system has enough capital to invest in facilities and equipment while keeping its network competitive.

Case in point: Hengel helped drive the acquisition of insurer Preferred One in 2016 and the merger with provider system HealthEast, which closed in July. And as Hengel can tell you, the Health-East deal took some persuasion. “We had just taken on a whole insurance company,” she recalls. “We had just acquired Itasca Hospital [in Grand Rapids], and here was another acquisition opportunity. Was it really the right time to do it? Do we have the capacity?”

To make the case for the HealthEast merger, Hengel turned to models to get a better description of HealthEast’s profitability and the drivers of that profitability. “I wanted to understand the capital and debt structure of HealthEast and how that would fit into the capital and debt structure of Fairview,” she says. Hengel took what she learned to fellow directors so they could discuss the opportunity with a deeper understanding of the resulting impact.

“We were able to provide the liquidity and capital that HealthEast needed, and HealthEast had the network of providers on the east side [of the metro] that we were seeking,” Hengel says. “As a result, Fairview now serves the entire metropolitan region.”

Hengel’s background allows her to quickly assess a firm’s financial health and risk-management practices. She also has consistently been the most vocal proponent of continuous improvement in information security at Fairview. (As a banker, she knows how vulnerable data systems can be to cybercriminals.) In 2011, a laptop containing confidential information was stolen from a consultant working with Fairview. Hengel, who was the chair of the health system’s Audit and Compliance Committee, worked with management on remediation and an information-security risk-management plan.

In addition, Hengel’s communications skills allow her to effortlessly convey challenges and opportunities to management and fellow directors. “Ann’s style of governing aligns with my desire to have a specific kind of relationship with the board, in which board meetings are [not merely a formality to rubber-stamp executive decisions],” Fairview Health Services CEO James Hereford says. “The value of a board is to bring the specific skills of a group of people together for rigorous discourse. Ann does that, and it makes me a better CEO, Fairview a better organization and our board a better board.”

For her part, Hengel believes strongly “in developing relationships to understand the diverse expertise and perspectives of our many stakeholders in order to arrive at better decisions.” That diversity of experience is needed more than ever in the health care field. After all, she adds, “Health care is an industry under severe pressure, one that’s in flux where no one understands the end point.”