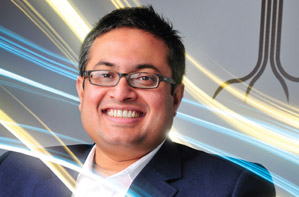 “When people spend their own money, they behave differently than when they spend other people’s money—which we believe is one of the problems in the health care system,” Abir Sen says. That’s been the philosophy behind the three Minnesota health care companies he has helped start, including his newest, Minneapolis-based Bloom Health.

In 1998, Sen cofounded Definity Health, a pioneer consumer-driven health plan provider that UnitedHealth Group purchased in 2004. Not long thereafter, he cofounded RedBrick, a provider of wellness plans. He left RedBrick to launch Bloom in the fall of 2009. Sen’s business plan for Bloom anticipated three company signups by the end of 2010. Instead, by January 2011, the new company had 30 employer customers, including Woodbury-based Anderson Companies and Digineer.

The Bloom model lets a company’s employees pick their own insurance plan, whether that’s a health savings account (HSA), a low premium–high deductible plan, or a standard copay approach. Employers control their costs by depositing a set amount of pretax dollars for each employee into a special account, which employees draw from to cover the costs of their chosen plans. Bloom handles the administration, which is where it makes most of its money.

Biggest challenge: In the midst of recession, “we had to convince investors, partners, employees, and ultimately customers that . . . we are solving a very real underlying problem that isn’t just going to disappear.”