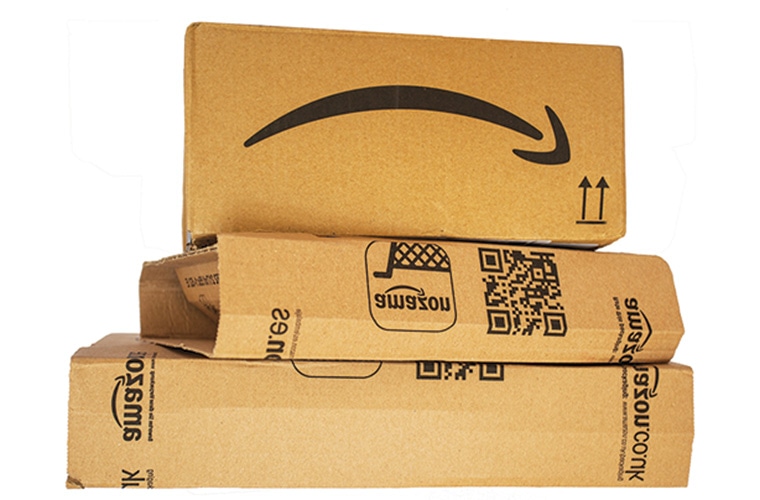 Amazon did not choose the Twin Cities as the site of its second headquarters, but the original one should have been in the Twin Cities 25 years ago. At that point, the Twin Cities, and more generally the state of Minnesota, was the computer center of North America. The area had a long history of producing the world’s most powerful computers at companies like Control Data Corp., Engineering Research Associates, UNIVAC, Honeywell, and IBM (at its research campus in Rochester). Business historians trace 17 major spin-offs from Honeywell, while the most famous to come out of CDC was Cray Research. These computer behemoths created an infrastructure of engineers, programmers, and software architects—many of whose innovations are in use today. Yes, Amazon should have started browsing here 25 years ago.

Twenty-five years ago, a small band of programmers from the University of Minnesota ruled the internet with their browser. It was called Gopher. For a period of time, Gopher was the more widely used method of searching internet files. It is not surprising that the internet’s first successful browser, Gopher, would have arisen from this rich computer-industrial complex. Computer-based learning at all levels of education came first in Minnesota.

Bill Norris, CEO and founder of Control Data Corp., had a number of dreams—one of which was to enable online learning through the use of CDC computers and a program known as PLATO. Several educational institutions, including the University of Minnesota and Minnesota State Mankato, started online learning programs. These programs led to the founding of the Minnesota Educational Computing Consortium.

By the time the Gopher browser was being developed, every Minnesota public school had an average of three to four computers and MECC offered computer training to teachers and administrators throughout the state. MECC’s software licenses were sold countrywide. Many of the programs it developed—including The Oregon Trail, The Secret Island of Dr. Quandary, The Yukon Trail, The Amazon Trail, and DinoPark Tycoon—became well-known to generations of American students. After becoming a for-profit corporation, MECC floated an IPO in March 1994 and was acquired in 1995 by SoftKey for $370 million in stock.

Other internet IPOs followed. Steve Snyder, with a U of M doctorate, was an early pioneer. Along with his university colleagues, he realized the commercial potential of collaborative filtering, which led to the founding of a company called Net Perceptions. Its successful IPO was one of the first for an internet-based concern. The first retailer to employ collaborative filtering to make upselling suggestions to customers was—you guessed it—Amazon.

Twenty-five years of history show that most of the anticipated internet development did not continue here, mostly due to the replacement of the mainframe with PC and the relative lack of venture capital to nurture the industry’s ongoing presence. Companies like Facebook, Google, Netflix, Microsoft, Uber, Airbnb, Priceline, PayPal, Salesforce, and literally dozens of others did not start here. And, of course, 25 years ago, Amazon started in Seattle.

Thus, the headline we never got to read: “Minnesota Digital Valley Continues to Dominate the Tech World.” But we will not have to wait another 25 years for the kind of tech dominance that very likely will come out of Minnesota. It will not be retail applications (like Uber), nor will it be personal devices (like Apple), nor fintech (like PayPal).

The next 25 years will build strongly on the last 25. Minnesota’s strong innovative retail culture, exemplified by companies like Dayton’s, B. Dalton, Best Buy, Target, SuperValu, Carlson Cos., and UnitedHealth, will combine with our preeminent position in the delivery of high-quality medical services. It is too bad the Mayo brothers did not have a mathematician in the family, but Minnesota does.

Minnesota missed its window of opportunity in the change from mainframe computing to the PC and internet. There is no such deficit in the delivery of medical services, with institutions such as Mayo, United, and the strong technical infrastructures provided by the more than 700 medical device companies in the Twin Cities area including 3M, Stryker, Patterson, Medtronic, Boston Scientific, Zimmer, and others. We have the necessary ingredients for another highly successful and innovative 25 years.

We are smart, healthy digerati, and the next 25 years will see increased success. It’s not too late for Amazon to put its second headquarters in the middle of this network of innovation—but regardless, you can always get your executive physical here.