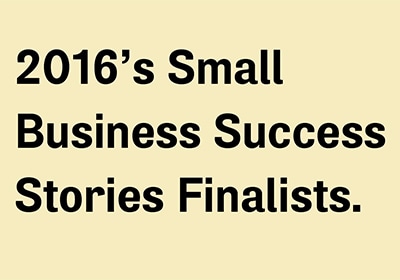 Bank Cherokee
St. Paul
Bank Cherokee has been independent, and profitable, for 100 years. Like all banks, this West Side St. Paul institution faced challenges during the last recession. It responded by diversifying its business portfolio away from an overexposure in construction. The family-owned bank is active in its ethnically diverse community.

Campus Media Group Inc.
Bloomington
Campus Media Group started 20 years ago as an online publishing platform for college newspapers. When ad revenues from these papers began to decline a couple of years back, the company changed its model and began developing other digital products targeting the college market, including geo-targeted mobile advertising and content marketing. These offerings have more than replaced the lost revenue.

Carlos Creek Winery
Alexandria
Buying a Minnesota winery—in 2008? That might sound like a formula for failure, particularly if the buyers have never grown grapes or made wine before. In fact, Tami and Kim Bredeson have expanded the business via savvy marketing: Their wines have names like “Hot Dish Red” and “Wobegon White.” Ten years ago, Carlos Creek had two full-time employees; it now has 15, and is a $3 million-plus business.

Emergent Networks
Edina
This fast-growing technology consulting company provides a broad range of services, primarily to Minnesota-based businesses. Those services include software development, unified communications, infrastructure and networking. Emergent Networks has more than doubled its revenue in 10 years, to nearly $24 million. It recently introduced a 24/7 service desk for its customers.

Huebsch Services
Eagan
Durability is a major theme running through this 125-year-old company’s history. Founded in 1891 in west-central Wisconsin to provide laundering services to the lumber industry, the company now sells floor mats, work uniforms and cleaning supplies to a variety of industries in Wisconsin and the Twin Cities region.

JL Schwieters Construction Inc.
Hugo
When the recession hit, JLS nimbly shifted from the home construction market to other types of projects, including senior residences and apartment buildings. It also expanded geographically, taking on work in the then-booming Bakken oil fields in North Dakota. This allowed JLS to weather the recessionary storm. With the homebuilding market rebounding, the company continues to maintain its diversified business base.

Media Minefield Inc.
Minnetonka
Laid off from her TV reporter job in 2010, Kristi Piehl started a “news-driven public relations agency” that helps its clients prepare for interviews in traditional media as well as online venues. In the past 12 months, Media Minefield has secured 1,875 media placements in 143 media markets. Clients have been interviewed by USA Today, Yahoo! News and other media platforms. Media Minefield recently opened a regional office in Sioux Falls, S.D., and has plans to expand nationwide.

Medicom Health Interactive
Minneapolis
Medicom was founded in 2000 to develop custom online software programs for pharmaceutical companies and medical associations. In 2010, it chose to take a risky but more promising direction: licensing a software-as-a-service platform for online engagement tools that large health care providers use to connect and stay in touch with patients. The risk is paying off: Medicom projected its revenue to double in 2016 to around $6 million.

Parallel Technologies Inc.
Eden Prairie
In 2005, CEO Dale Klein took a struggling IT cable company and transformed it into a data center and building infrastructure technology firm. This positioned Parallel for big growth with the recent rise of big data. The company works with numerous types of businesses to manage and secure their data and to help them use it to uncover ways to reduce their operations costs.