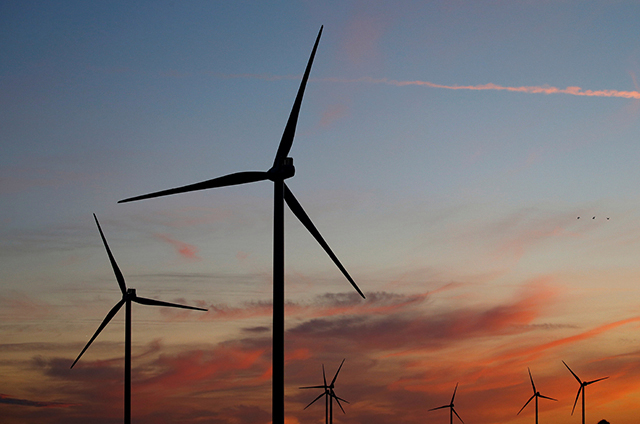 In early May, Joseph Sullivan, a commissioner on the Minnesota Public Utilities Commission, challenged the state’s major energy companies to speed up the completion of projects that could put people to work in a COVID-19-ravaged economy.

Sullivan floated the idea in a memo to commissioners ahead of their May 7 meeting, noting that it could have the added benefit of helping the environment by getting green projects like wind and solar farms on the energy grid.

“We could put a lot of people to work when it’s a hard time,” Sullivan told MinnPost, noting the state’s rising unemployment rate, which stood officially at 8.1 percent in April but was thought to be much higher. “It should be all-hands on deck right now. There are a lot of people who could be put to work through these utility projects – projects that also have a public benefit.”

In response to the memo, commissioners agreed to ask the power companies they regulate for information about projects that could possibly be completed sooner than planned. “If there are good projects out there, we want to hear from the utilities about how they could put those on the system sooner, in a way that still protects consumers,” Sullivan said.

Open to the idea

She also said that Otter Tail Power sees opportunity for speeding up some maintenance projects – such as trimming trees along powerline corridors – getting two or more years of projects completed at once rather than over several years.

The utility faces some challenges in expediting projects, however, such as the timing of the spending and its ability to recoup expenses through customer rates, Hoff said. Proposed projects must also go through a rigorous regulatory approval process before they can get started.

Amy Rutledge, the director of corporate communications for Minnesota Power, which serves a swath of central and northeastern Minnesota, said the company was “evaluating and developing options” in response to the MPUC’s request. She declined to provide specifics but noted that Minnesota Power has a few projects in the works that are part of its plan to add renewable sources to its energy generation mix.

Xcel Energy, meanwhile, said it believed it could contribute to the state’s economic recovery and would be offering some proposals to the MPUC in June. Potential initiatives include the repowering of older wind farms with newer technology and new solar energy projects.

“We are committed to helping our communities respond to and recover from the pandemic,” the company said in an email provided by spokesman Randy Fordice. “We’ll continue to work with our customers, communities, policy makers and stakeholders to help deliver projects that reduce emissions, keep bills low, create jobs and set the stage for economic recovery in Minnesota and throughout our region.”

Sullivan joined the MPUC in April after being appointed to the board by Gov. Tim Walz.

He has extensive background in the energy industry, once working for the Center for Energy and Environment, a nonprofit group that promotes green energy policies. Many people he worked with have been idled, he said, a realization that spurred his thinking about the role utilities could play as the state emerges from the havoc created by the pandemic.

Initial reports from the utilities are due to the MPUC by June 17.

Sullivan thinks the projects can be done safely, too, in a manner that protects workers from exposure to the virus that causes COVID-19.

“A lot of the work can be done outside. You can socially distance and do it safely,” he said. “Our role as a commission is critically important in getting people back to work.”