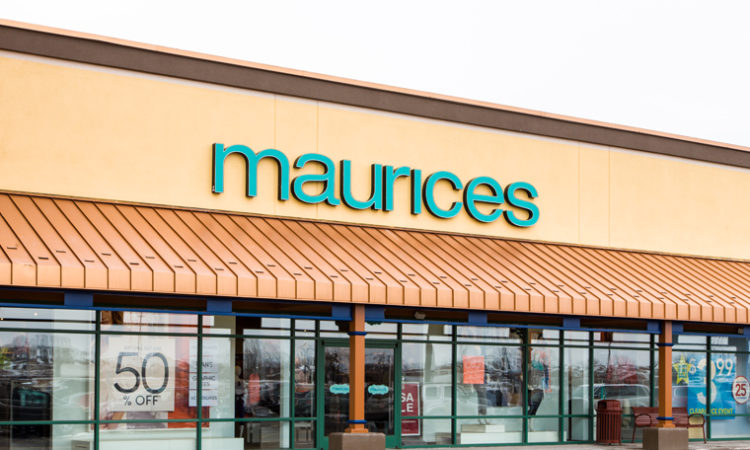 The price for Maurices was not revealed, but buyer OpCapita cited the brand’s enterprise value to be $300 million.
By Amanda Ostuni
March 25, 2019

The deal, which is valued at $300 million, will leave Ascena with a “significant minority interest” as London-based OpCapita takes the reins.

“Our management team is very enthusiastic about this next chapter for Maurices,” says Goldfarb, “which will enable us to realize our full potential and compete most effectively as a specialty hometown retailer.”

After expanses, Ascena will receive roughly $200 million in cash for Maurices. Those proceeds will be used to pay down a loan balance and reinvest in itself, the company said.

Founded in 1931, Maurices sells affordable and versatile clothing and accessories for women, primarily out of locations in small towns across the U.S. and Canada. A period of fast growth led the retailer to demolish its Duluth headquarters in 2014 and build one to accommodate a staff of up to 600 employees. Maurices generated $1 billion in revenue in 2018 and was Ascena’s largest brand by store count with 943 locations, according to a regulatory filing from Ascena earlier this month.

Despite its size, Maurices—like many of its retail competitors—was also struggling to improve its sales. The clothier’s non-comparable sales have dropped by $16.7 million over the August 2017 to February 2018 period, according to Ascena. The decline was attributed to the recent closing of 50 Maurices stores.

David Jaffe, chairman and CEO of Ascena, admitted in a statement Monday that retail industry changes had been taking a toll on the New Jersey-based business, including its other clothing brands. Ascena also owns fashion lines Ann Taylor, Loft, Lane Bryant, and Justice. Selling Maurices, he said, was part of an overall plan to move to a leaner operating model and create more value for shareholders.

OpCapita specializes in investing in underperforming businesses—not solely in one industry but across the consumer, leisure and retail sectors—and turning them around. Recently, OpCapita completed a successful 5-year turnaround of NKD, a German value clothing retailer with 1,800 locations throughout Europe—roughly as many stores as Target.

The Maurices deal marks OpCapita’s first investment in the U.S.

“We believe Maurices represents a compelling opportunity in the U.S. market with clear parallels with other OpCapita investments,” says Chris McDermott, OpCapita managing director. “The business provides a strong platform from which to apply the operational improvement strategies we have successfully implemented to drive growth and improve profitability in other businesses.”

OpCapita said it plans to operate Maurices as an independent standalone company.

The transaction is expected to be completed by early summer, pending standard closing procedures.