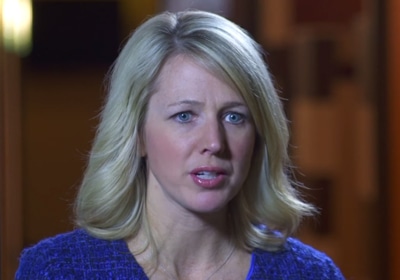 Knox is the first woman to be appointed to the New Brighton-based company’s top leadership role.

DSI, which formed in 1984, has become a world leader in its creation of software and wireless implantable devices that are used to monitor vital signs in lab animals. The data its instruments collect is critical to the development of pharmaceuticals, while also proving useful in the medical device, biotechnology and chemical defense industries.

“As a company committed to improving the lives of millions through technologies that support the process of developing new therapies, I’m humbled and excited to lead DSI into the future,” Knox said in a statement.

Knox assumed the CEO role on the day DSI kicks off its new fiscal year. Since joining the company in 2011, she has held several positions, the most recent of which was chief operating officer. Prior to DSI, Knox worked marketing and production management roles at Otto Bock, Coloplast and Mayo Clinic.

Bert Harman, who retired as DSI’s CEO on June 30, expressed confidence in Knox’s ability to lead the company. “I have known Kristen since 2002 when we brought her on to the Otto Bock team, and can think of no one better to take DSI to the next level,” he said.

DSI is a privately held company and declined to disclose its employee headcount or revenue figures. The company lists an employee range of 201 to 500 employees on its LinkedIn page. DataFox reports that revenue is approximately $88 million.